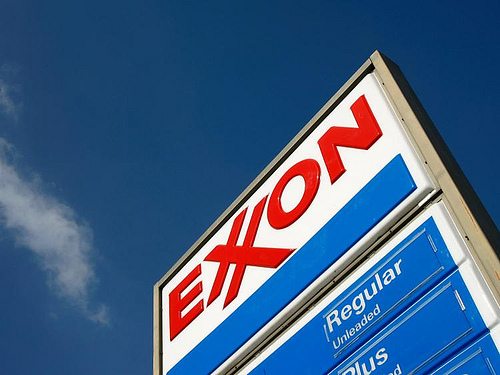 ExxonMobil is underplaying the risks presented to its business and investors by the need for international action to prevent climate change, according to a new report.

The analysis, from the financial thinktank the Carbon Tracker Initiative (CTI), warns that the oil giant is unprepared for a major shift in the market, with carbon-cutting policies and the rise of renewable energy likely to curb demand for oil in the coming decades.

Supporters of the ‘carbon bubble’ theory warn that such a trend would leave the fossil fuel reserves already claimed by Exxon as devalued stranded assets.

Even if world leaders fail to agree on effective climate change policies, some analysts say demand for oil will still fall, leaving Exxon and the other oil majors exposed.

Combined with its increasing investment in capital intensive, low return projects, which have already caused the firm’s returns to fall, this could cause Exxon to deliver an “unacceptably low” return to shareholders, CTI says.

“Continuing to invest in high cost, high carbon investments could pressure future returns and – just as important – increase Exxon’s operational gearing to the potential consequences of action on carbon, including higher environmental costs and downward pressure on oil prices,” explained Paul Spedding, a lead author of the report.

Questioning whether business as normal is a good idea for Exxon, Spedding added, “Maybe it is time to consider a “shrink-to-grow” strategy?”

The CTI report is a response to two letters published by Exxon in March to allay investors’ concerns, after activist shareholders asked about stranded asset risks. In the letters, the oil major dismissed the carbon bubble theory and insisted that its oil would always be needed.

Although Exxon did concede that it needed to manage climate change-related risks, the CTI report concludes that the firm is failing to adapt its investment strategy and business model accordingly.

In a statement, wealth manager Arjuna Capital and the nonprofit As You Sow, which jointly submitted the initial shareholder resolution to Exxon, claim the CTI report proves that “the dinosaur has no clothes”.

“Exxon’s cost profile is headed in the wrong direction as they invest in high cost unconventional assets. This flawed strategy has contributed to a significant deterioration in returns over the last five years – essentially reversing a 40-year trend of outperformance,” said Natasha Lamb, director of equity research and shareholder engagement at Arjuna Capital.

“A fossil fuel volume play in the face of climate risk is faulty logic. As investors, we prefer Exxon protect value by diverting capital from high risk, high carbon projects to low carbon alternatives and return money to shareholders through increased dividends and share buybacks.”

As part of the investor engagement group the Carbon Risk Initiative, As You Sow and Arjuna Capital have pledged to battle for more transparency and responsiveness from fossil fuel firms as the 2015 shareholder season approaches.