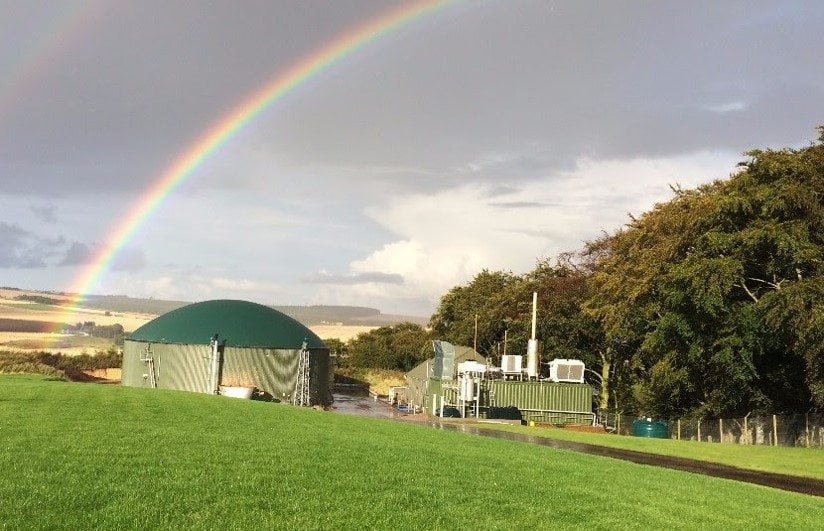 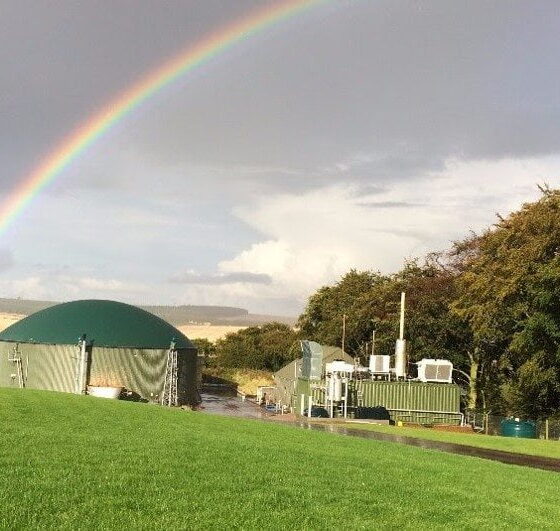 Scotland’s anaerobic digestion industry – which turns rotting food and farm waste into electricity – has mushroomed by more than two thirds in a year, new figures show. Twenty seven AD projects are up and running in Scotland, up 69% (from 16) in 12 months ago, while a further 43 have planning approval.

With a dozen more plants waiting for permission to go ahead, the sector could grow by more than 200% in the next two years, figures from the Anaerobic Digestion and Bioresources Association (ADBA) show.

The AD process involves farm slurry, vegetable peelings, paper and other organic material decomposing inside a closed chamber to produce gas, which is then used to generate electricity.

The amount of food thrown away in Scotland each year has fallen by 8% since 2009, while less than half of Scotland’s household waste was sent to landfill in 2014 – the first time that figure has ever dipped below the 50 per cent mark, and a sign that technology like AD can help reduce demand on landfill space.

“Increasingly, waste has value. The AD process recognises that, and turns things we don’t want, like food waste and farmyard slurry, into something we desperately need – clean, affordable electricity.”

“We are particularly excited to see AD plants working in partnership with local authorities to collect residents’ food waste and to distribute in its place heat and electricity for local homes.

“Developments in Scotland are now being used to showcase the excellent return on investment that bill payers gain from the continued deployment of AD capacity. With a commitment from government to support the technology to scale – a commitment which currently does not exist – AD can deliver baseload energy that is cheaper than new nuclear by the time Hinkley Point C is built, and that can help decarbonise UK heat, farming and transport.”

BioGask, based at Gask Farm near Turriff, Aberdeenshire, uses an anaerobic digestion system to dispose of food waste and slurries for commercial customers. Currently, pig slurry and meat processing waste are fed into a 2,500 cubic metre tank where, under in the absence of oxygen, bacteria will breakdown the material and produce a methane-rich gas which can be used to make electricity.

The AD plant at BioGask also has the potential to use chicken feathers, maize silage and fish processing wastes to produce power. Owner Andrew Rennie said: “The AD plant allows local businesses to dispose of their waste in a safe and controlled way, and in a way which not only produces electricity which can be sold to the grid, but also a fertiliser which can be used on the land.”