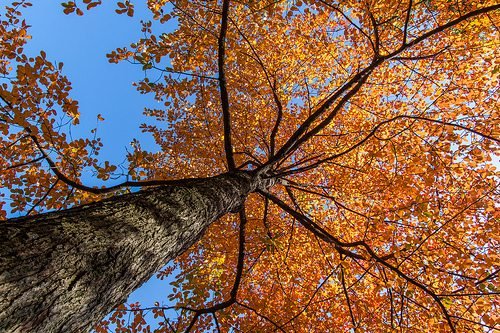 Chloe Maxmin, co-ordinator of the student-led Divest Harvard initiative, describes her fight to get the prestigious US university to ditch its fossil fuel investments.

Two things happened in the summer of 2012 that changed my life and the course of my career as a climate activist.

First, I was working on the Tar Sands Free North-east campaign, mobilising to prevent Alberta’s tar sands from coming through an existing pipeline in Canada, Vermont, New Hampshire and Maine – my home state. I drove through dense woods and followed yellow poles that marked an underground pipeline, surreptitiously winding around homes and under rivers. Most people didn’t know that toxic sludge could soon be running under their feet. What’s more, Exxon Mobil owns 76% of the pipeline. I had no idea that such a huge corporation was juggling the future of Maine’s wellbeing.

Second, Bill McKibben published an article in Rolling Stone magazined titled Global Warming’s Terrifying New Math. At the end, he alluded to divestment becoming a tactic that could heighten the moral outrage around political inaction on climate change and stigmatise the fossil fuel industry, reducing its ability to influence the political system and communities.

These two pieces of the puzzle came together in my mind. I realised: divestment as a tactic could weaken Exxon’s ability to put my home, family, neighbours and state in danger. So, Divest Harvard (DH) was born.

At our first meeting, we had literally 10 people in a room. We were starting from scratch, and the state of activism on campus left something to be desired. But we crafted a campaign plan, we did research, we talked with students, faculty, alumni. We built coalitions with student groups. Within three months, we held a referendum on divestment and 72% of college students supported us. Then, 67% of law school students supported divestment. We were featured in the New York Times and other major media outlets.

We have continued to organise on campus, and we have made history at Harvard. Ask any student about Divest Harvard – they’ll know what you’re talking about.

Our president’s intransigence is infamous. Word of our rallies spread throughout the school. Everything came to a head on April 30, when we organised our first act of civil disobedience. I, along with five other DH members, risked arrest as we blockaded the front door to our president’s office building. We stood outside in the cold and rain for over 24 hours, educating students, building community, and calling for an open public meeting with our administration.

In the end, the Harvard University Police Department arrested one student. We saw that Harvard would rather arrest a student than engage in transparent dialogue about divestment and climate change. The next day, we delivered over 65,000 signatures to our president’s executive assistant. Despite the arrest, our movement is powerful and broad.

Fossil fuel divestment is not just a potent force at Harvard – it has revitalised the climate movement and spread across the world. There are 400 divestment campaigns on US college campuses alone, not to mention the religious institutions, pension funds, cities, states and individuals that are also divesting around the planet.

From my life-changing summer in 2012 to today, I have seen the fossil fuel divestment movement grow from a few campuses to an international movement. I’ve seen students, faculty, alumni, friends and family get inspired by the simple yet compelling logic behind divestment. And I’ve watched Divest Harvard grow into a historic force, a call to action and a symbol of young people’s power.

Chloe Maxmin is a student at Harvard University. She is the founder of First Here, Then Everywhere and the co-ordinator of Divest Harvard. This article originally appeared on the Mondosri blog.