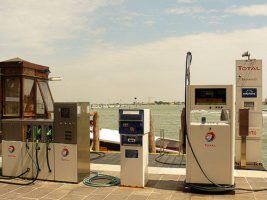 Friends Of The Earth State Government Needs To Phase Out Diesel

The Department for Transport must put in place a plan to phase out diesel says Friends of the Earth, as the Environmental Audit Committee today (1 September) releases a report calling for a clear sustainable transport strategy to meet air quality targets.

Air pollution causes lung cancer and contributes to heart disease, lung disease and worsening asthma; killing 40,000 people early in the UK each year. The Environment Audit Committee has called for more action from the Department for Transport to tackle air pollution but Friends of the Earth argues their proposals don’t go far enough, and that the government must phase out diesel completely.

“Air pollution is a public health crisis of breath-taking proportions, leading to tens of thousands of early deaths each year. It’s time the Department for Transport prioritised making the air we breathe safer, rather than pandering to motorists.

“The Environment Audit Committee is right to call for more action on ultra-low emissions vehicles, a swifter resolution to the VW scandal and for air pollution to have more weight in transport planning, including making it easier for local authorities to invest in sustainable transport.

“But in order to reduce dangerous levels of air pollution the government must be bolder. With road traffic the biggest problem and diesel the worst of all it must create a plan for phasing out diesel use on Britain’s roads. Cutting traffic levels and preventing road-building adding to the air pollution problem, should also be priorities.

“And we know it can be done, other countries like the Netherlands and Norway are planning a ban of new diesel and petrol cars on sale from 2025, while large parts of Copenhagen are traffic free.”