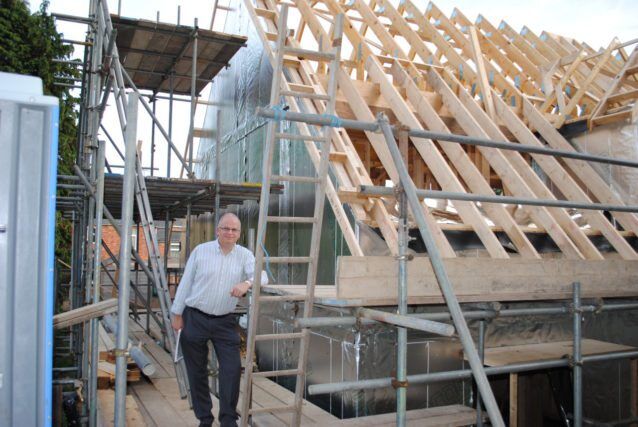 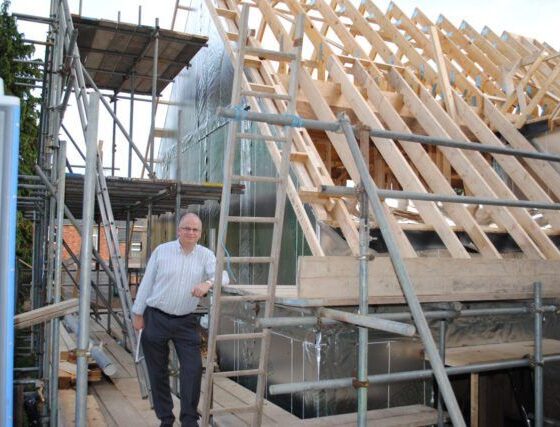 The future’s bright, the future has NO energy bills

We’ve all dreamt of a future with no energy bills. The average UK home now pays £1,200 for its gas and electricity and this is money we’d rather spend on something else. At best it’s a burden, at worst it’s a big problem. It’s estimated that more than two million UK energy bill payers are in arrears with a total debt of just under £1 billion.

The immediate solution for many people is to switch. Data revealed by MoneySuperMarket shows that the average quote given to its customers for dual fuel in the first half of 2016 was £689.26, well below the average being paid out by customers.

But, what if there really were a dream future? One in which we didn’t just trim our bills, but actually got rid of them entirely.

You might think we’re veering off into some sort of utopian land, but this is possible. It’s not only possible, but it’s happening right now. One pioneering community in Long Sutton, on the Lincolnshire/Norfolk border, is able to produce more energy than it consumes – meaning that residents actually get paid for contributing to the National Grid rather than having to fork out for fuel themselves.

Residents in this community – the two and three-bed social housing bungalows of Unity Gardens – use less than half of the energy of people in a standard UK home and generate about 1,500kWh more than they use.

The homes were designed by eco-architect Dr Jerry Harrall and have picked up industry awards, as well as admiring words from people such Archbishop of Canterbury, the Most Revd Dr Rowan Williams, who said of Unity Gardens: “This is really impressive. I’ve never seen anything quite on this scale. I wish we could bottle it up and market it elsewhere in the country.”

Dr Harrall said: “If you wondered whether or not it is possible to design a building where, on an annual basis, you have no energy bills and no heating bills then the answer is yes, I have done it. We have clients who are living the dream.”

So, how do they do it? There are two aspects to consider here – the materials used and some very clever design.

Firstly, the homes are constructed with earth bunding for insulation, tap into solar panels and a wind turbine for energy generation and sport rain harvesting features to reduce the need for water. The use of heavy building materials ensures that the floor and walls act as storage radiators. Design wise, they are positioned to face south and soak up the maximum amount of sun, with windows in this direction to get the most of the natural heat and light Mother Nature has to offer. Underfloor heating provides a back-up to the heating acquired from the sun.

One couple who are very much – as Dr Harrall puts it – ‘living the dream’ are Andrew and Jo Thompson. The couple are former residents of Unity Gardens and were able to save up to build their own eco-friendly home ‘Frankly Bee’ in nearby Sutton Bridge. By making a creative use of industrial materials – and the design input of Dr Harrall – they were able to build the property for just £100,000. Last year they had no utility bills – but instead received £365 for the energy they created.

Jo explained: “There are no boiler or radiators. We had no heating on through the winter apart from the log burner two or three times. The temperature was a steady 22 or 23 [degrees Celsius].”

She added: “I’m really proud of it and really pleased with the outcome. People need to know that they can do this too. If we keep buying these cardboard houses, nothing will change. It’s not hard, it’s not difficult – we just need to change the way we think. We chose this shape but you can make it how you like. You just have got to get the build right. We’re starting to reap all the benefits and not by the skin of our teeth. We’re a long way into making money.”

Dr Harrall was particularly proud of the project, which built on the pioneering research of Brenda and Robert Vale as well as his own work in the field. He said: “Frankly Bee really is the pinnacle of that evidence-based research.”

If ‘zero carbon’ – something of a misnomer but essentially a term referring to homes that create more energy than they use – sounds a little extreme, then there are plenty of other people who are designing their homes to use much less energy and are reaping the rewards.

Mark and Sheila Hemingway are one such couple. They led the project to build their new four-bedroom home in Northamptonshire, teaming up with self-build specialists Potton. Thanks to the green technology in the shape of an air source heat pump, LED lights, a mechanical ventilation and heat recovery system and a rain harvesting system, energy bills are below £1,000 and they receive a Government subsidy – the Domestic Renewable Heat Incentive – of £678 a year for seven years.

Mark said: “The temperature in the house is consistent at 22 degrees celsius. This is due to the insulation and re-used fresh air. There are no radiators and the downstairs of the house is all underfloor heated.”

The couple could have earned even more with solar panels, but were keen that their house should fit into the surroundings and look ‘normal’.

Many of the green features – the water harvesting and hot water cylinder – could also be ‘retrofitted’ onto existing homes for people who don’t wish to start from scratch like the Thompsons and Hemingways.

Mark added: “We’d not go back to a standard home now. We would definitely build an eco house again or retrofit a new one with eco modules.”

Is the onus, then, on forward-thinking individuals to grab greener homes for themselves? Perhaps not. The next stage is to bottle the magic of the Thompson ‘Frankly Bee’ home and deliver it on a bigger scale.

Dr Harrall’s next project is a 14-home scheme which will include a property that he tantalisingly describes as the ‘most energy efficient home in the country’.

In the medium term he’s on the hunt for investors to help deliver his next business vehicle. With Indie House, he’s confident of being able to deliver 2,000 homes in the next six years in the Peterborough area – the largest portfolio of its kind anywhere in the country.

He said: “The business model is very smart and these are not estate developments. We are not building the ghettos of the future. These are houses that use no fossil fuels.”

In Paris last year, almost 200 nations signed up to a groundbreaking deal to bring down global emissions. The ambition is to get to ‘net zero emissions’ in the second half of the century – between 2050 and 2100. Not only do those tough targets need to be met, but the UK is also in the midst of something of a housing crisis.

The Government estimates that somewhere in the region of 230-300,000 homes are needed every year – about two to three times the current rate of building. You get the feeling that if tough targets on the climate and housebuilding are to be met then developments such as Dr Harrall’s are very much needed.