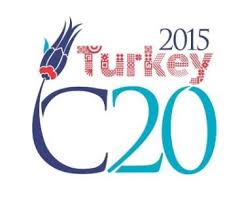 G20 leaders meeting in Turkey this week must tell the world how they plan to phase out fossil fuel subsidies by 2020 or risk being seen as dragging its feet, a high-level sustainability forum declared today.

The G20 promised to phase out fossil fuel subsidies completely in 2009. But G20 governments still pump US$452bn annually into exploration for and production of fossil fuels, according to a report from the Overseas Development Institute released last week.

The C20 Sustainability Working Group made the recommendation ahead of this week’s G20 summit in Antalya, Turkey, which will be the last opportunity for world leaders to discuss climate change before the UN climate summit taking place in Paris in two weeks’ time.

Samantha Smith, Global Climate and Energy Initiative Lead at WWF-International said: “With the world about to meet in Paris to come to agreement on climate, we need to see the G20 make good on its promise and provide a clear plan for ending inefficient fossil fuel subsidies in the final G20 communique.

“To maintain its international credibility, the UK government must send a clear signal ahead of the Paris climate talks that it will phase out coal by 2023 and has the domestic policies in place to meet our climate change targets.”

Srinivas Krishnaswamy of Vasudha Foundation, India and co-chair of the C-20 Sustainability Working Group added: “The issue of clean, affordable, sustainable access to energy in all countries should be a priority area for the G20 countries. G20 countries should ensure that finance and technology access go to developing countries so that they can provide modern, clean energy to their citizens. Clearly, evidence from many developing countries shows that coal and fossil fuel generation has not adequately addressed the issue of access to energy.”

Cem Iskender Aydin, a Turkish representative in C20 Sustainability Working Group Steering Committee, added: “As a G20 Presidency, Turkey also has important responsibility to secure concrete action about most dangerous and polluting spending of the governments. Fossil Fuel Subsidies are damaging economy, triggering climate change and also creating social problems; therefore they should be immediately phased out. However, it is also important to indicate that Turkey should stop subsidizing coal and immediately cancel all new coal projects.“

The working group also recommended strong leadership from the G20 on providing climate finance for renewable energy, energy conservation and capacity building to address climate change. An ambitious programme of climate finance ahead of the Paris meeting should include committing new public money to help developing countries adapt to the impacts of climate change, the C20 said.