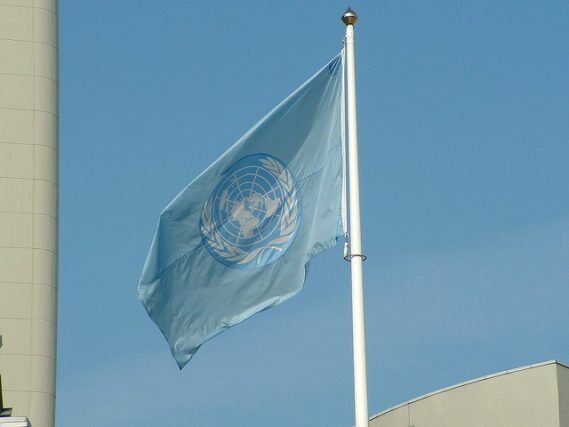 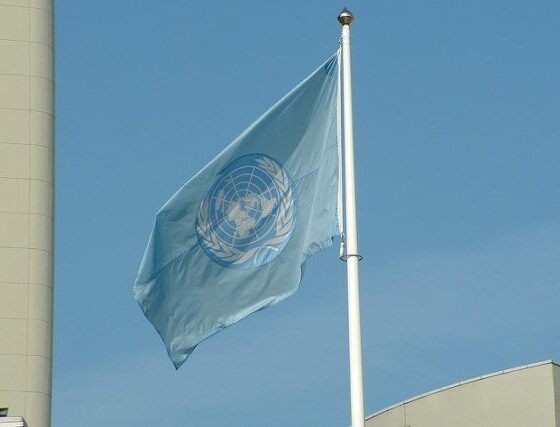 Today marked the release of UN Environment’s annual Emissions Gap report which states the world must urgently and dramatically increase its ambition to cut roughly a further quarter off predicted 2030 global greenhouse emissions and have any chance of minimising dangerous climate change.

Made public the day before the Paris Agreement comes into force, the report finds that 2030 emissions are expected to reach 54 to 56 gigatonnes of carbon dioxide equivalent – far above the level of 42 needed to have a chance of limiting global warming to 2oC this century. One gigatonne is roughly equivalent to the emissions generated by transport in the European Union (including aviation) over a year.

Scientists agree that limiting global warming to under 2oC this century (compared to pre-industrial levels), will reduce the likelihood of more-intense storms, longer droughts, sea-level rise and other severe climate impacts. Even hitting the lower target of 1.5 oC will only reduce, rather than eliminate, impacts.

The predicted 2030 emissions will, even if the Paris pledges are fully implemented, place the world on track for a temperature rise of 2.9 to 3.4 degrees this century. Waiting to increase ambition would likely lose the chance to meet the 1.5 oC target, increase carbon-intensive technology lock-in and raise the cost of a global transition to low emissions.

“We are moving in the right direction: the Paris Agreement will slow climate change, as will the recent Kigali Amendment to reduce HFCs,” said Erik Solheim, head of UN Environment. “They both show strong commitment, but it’s still not good enough if we are to stand a chance of avoiding serious climate change.

“If we don’t start taking additional action now, beginning with the upcoming climate meeting in Marrakesh, we will grieve over the avoidable human tragedy. The growing numbers of climate refugees hit by hunger, poverty, illness and conflict will be a constant reminder of our failure to deliver. The science shows that we need to move much faster.”

If we don’t start taking additional action now, beginning with the upcoming climate meeting in Marrakesh, we will grieve over the avoidable human tragedy.

The need for urgent action has been reinforced by the fact that 2015 was the hottest year since modern record keeping began. The trend is continuing, with the first six months of 2016 all being the warmest ever recorded. Yet emissions continue to increase, the report says.

The Kigali Amendment to the UN Environment-hosted Montreal Protocol, agreed last month, aims to slash the use of hydrofluorocarbons. Early studies indicate this could cut another 0.5 degrees if fully implemented, although emissions won’t begin to be reduced at any significant rate until 2025.

Also, while members of the G20 are collectively on track to meet their Cancun climate pledges for 2020, these pledges fall short of creating a sufficiently ambitious starting point to align with the temperature target of the Paris Agreement.

However, the Gap report presents an assessment of the technologies and opportunities to find the further cuts required, including through non-state actors, energy efficiency acceleration and crossover with the sustainable development goals.

Non-state actors (the private sector, cities, regions and other subnational actors like citizen groups) can cut several gigatonnes off the gap by 2030 in areas such as agriculture and transport, provided the many initiatives meet their goals and do not replace other action.

Energy efficiency is another area where investment could bring bigger gains. Investments in energy efficiency increased by 6 per cent to US$221 billion in 2015, indicating that action is already happening.

Studies show that for an investment of between 20 and 100 US$ per tonne of carbon dioxide, energy efficiency emissions reduction potentials (in gigatonnes) by 2030 are 5.9 for buildings, 4.1 for industry and 2.1 for transport.

A new report released by the 1 Gigaton Coalition shows that renewable energy and energy efficiency projects implemented in developing countries from 2005 to 2015 will reduce emissions by almost half a gigatonne by 2020, including action by countries that do not have formal Cancun pledges.

“Internationally supported projects on renewable energy and energy efficiency are making significant contributions to reducing global greenhouse emissions,” said Mr. Børge Brende, Norway’s Minister of Foreign Affairs. “Thanks to the work of the 1 Gigaton Coalition we can measure and report the impact of these projects to see how far we still have to go to reach the climate goal. This is how the coalition aims to inspire countries around the world to raise their action and ambition on climate change through the energy sector.”

Finally, climate action is intertwined with the sustainable development goals. The earliest impacts of climate change may undermine our ability to deliver the goals by 2030, and failure to deliver on the climate action goal will have even larger implications for maintaining development progress post-2030.

Successful implementation of the Paris Agreement and the sustainable development goals agenda will depend on the ability of governments to develop national targets that serve both and take advantage of common opportunities.

“This is a stark warning that cannot be ignored – tougher action on climate change is urgently needed to prevent the world speeding towards catastrophe.

Governments are drinking in the ‘last chance saloon’ if the lofty goals of the Paris Climate Agreement are to be met.

“Failure to act will not only result in more killer droughts, storms and misery – it will also hurtle us towards a future where food, water and a safe home will be a luxury for the few.

“Governments, including our own, must stop the suicidal dash for more climate-wrecking developments, such as fracking and airport expansion.

“This month’s climate summit in Marrakesh is a real opportunity for the international community to ramp-up their ambition. This must include tougher pledges to cut emissions, more support for renewable power, and a genuine commitment to do their fair share to create a safer and cleaner world for us all.”

“UNEP’s report confirms that there has been remarkable acceleration towards a global low-carbon economy over the past year, but considerably more action is required if governments are to meet the target they set under the Paris Agreement.

Considerably more action is required if governments are to meet the target they set under the Paris Agreement.

“Current plans to cut greenhouse gas emissions are not enough to meet the Paris target of keeping global warming ‘well below’ 2 Celsius; but as UNEP makes clear, that picture can be changed through efficiency improvements across the transport, building and industry sectors, as well as channelling funds towards projects that help with reducing emissions and adapting to climate change.

“The old canard that growth requires high levels of carbon emissions is now irrevocably slain; in fact, this year the opposite has been confirmed by both the International Energy Agency [2] and PwC [3], with the global economy growing and carbon emissions staying static. This confirms the view expressed ten years ago in the Stern Review that the low-carbon transition represents an economic opportunity, not a threat, and that foot-dragging in aligning policy with the Paris targets risks much greater costs in the future.”