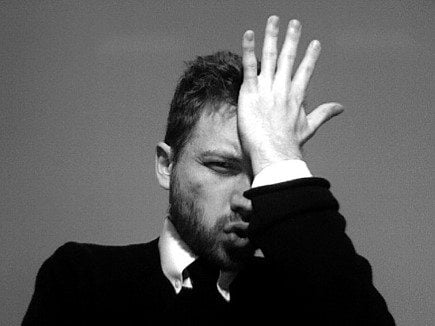 “Coming right before the Paris Climate Summit, the G20 was an opportunity for Heads of State from a range of countries to show their commitment to scaling up climate action both inside and outside of the UN,” Mustafa Özgür Berke, from İklim Ağı (Climate Network) said.

“Heads of State could have provided a clear and powerful signal ahead of the Climate Summit by putting a date for the end of fossil fuel subsidies, and agreeing to stop funding fossil fuel projects around the world,” Ümit Şahin from İklim için (For The Climate) said.

“Instead they have rehashed worn positions and in doing so risk being on the wrong side of history,” he said.

By not using the G20 to get onto the same page about the critical issues to be discussed at COP21, they’ve made their job that much harder.

“A broad and diverse range of civil society, non-profits and advocacy groups from across Turkey and the wider international climate and development movement all worked co-operatively to develop a set of four clear asks for G20 Leaders to meaningfully address the great climate challenge facing us,” Barış Karapınar, General Manager of TEMA Foundation said.

– A complete and total end to ALL fossil fuel subsidies.

– Stop our financial risk from climate impacts and action; demanding the G20 set a clear plan by 2018 to stress test all spending against its compatibility with global climate commitments.

– An immediate end to all investment plans for the expansion of existing and all new coal fired powered plants and mines in Turkey.

– G20 leaders to unequivocally state their support for a long-term goal and ambition mechanism in Paris.

“We have been deeply affected by the dreadful events that have taken place in Paris and Beirut and stand in solidarity with the victims and the people caught up in the violence. These events have pushed the G20 agenda towards a strong and necessary focus on security.

“As people who live in Turkey we are no strangers to such dreadful and senseless violence. Climate change will only increase conflict, increase violence and play a role in even greater geopolitical conflicts and mass migration of desperate refugees,” Efe Baysal from Yuva Association said.

Groups as diverse as The Pentagon, the US Department of Defence, The Atlantic Council, NATO, the Global Military Advisory Council On Climate Change (GMACC), the Council for Security Cooperation in the Asia Pacific (CSCAP) and the Australian Defence Force have all concluded that climate change is one of the most serious security threats to the globe and that serious and immediate action is required.

A number of states (from the USA to Germany, Australia and the UK) have now included climate change in national security statements or strategies.

The G20 Leaders have failed to grasp this most basic of facts that the science illustrates so compellingly.

“The G20 Leaders have failed to grasp this most basic of facts that the science illustrates so compellingly. Many people around the world had seen the G20 as the perfect moment for Heads of State (HoS) to gather ahead of the COP, push the agenda on climate harder and make the work needed in Paris a fortnight later for COP21 just that little bit easier,” Christian Eicheinmuller Turkey Representative of Heinrich Boll Stiftung said.

“They have to do that. Some of our demands are incredibly simple to meet, indeed the C20 have nominated over the last few days 2020 as the year to phase out the perverse incentives of fossil fuel subsidies – all these G20 Leaders need to do is agree that this year must be the last moment for real action for the decision made way back in 2009 in Pittsburgh to be actioned!” Christian Eicheinmuller said.

“G20 members are currently spending 789 times more on fossil fuel subsidies than they are on the Green Climate Fund, and yet they say in the communiqué how critical this Fund is and climate finance is – this is patently obscene,” Ethemcan Turhan from Ecology Collective said.

“The threat of new and expanding coal plants and mines in Turkey remains unattended to. This is deeply shameful, people are sick and dying from filthy coal and plans are afoot for international finance to build even more – this is a global problem of major significance,” Cem İskender Aydın from TEMA Foundation said.

“On long term goals and ambition we can see some reference on ambition but no foresight about plans to decarbonise our economies, as we know we must,” Ümit Şahin from İklim İçin (For the Climate Campaign) said.

“We must hope that these Leaders display the leadership in Paris that they failed to deliver here in Turkey on all matters to do with climate change, the most pressing of our global problems. The world is depending on it and the world is most certainly watching,” Ümit Şahin said.