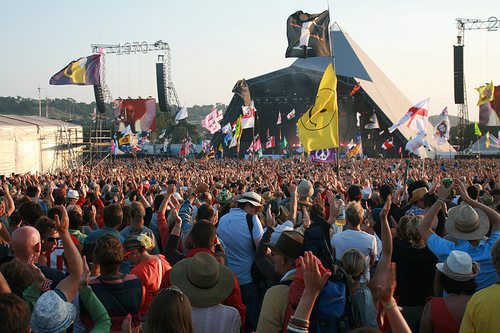 Glastonbury founder Michael Eavis has pledged with his daughter and co-organiser Emily to keep Worthy Farm free from fracking, declaring that the site – where next week’s festival takes place – is “not for shale”.

The farm, in Pilton, Somerset, has played host to Britain’s largest musical and cultural event for 44 years.

The 2014 festival opens its doors on Wednesday June 25 and runs for five days. Among the leading acts are Arcade Fire, Kasabian and Metallica, who recently faced calls from animal rights activists to pull out of the event because of frontman James Hetfield’s association with bear hunting.

With fracking sparking heated debate in both politics and the media, Michael and Emily Eavis declared that the site will remain a “frack-free zone” .

The declaration was welcomed by Greenpeace, with executive director John Sauven commenting, “We salute Michael and Emily’s determination to combine good times with good deeds, to protect a site which means so much too so many people, and keep it frack-free and not for shale.”

A formal declaration has been signed by pair, pledging to “not allow fracking to take place on this site”.

The declaration read, “I oppose Fracking on the grounds that shale gas is not the type of energy that we should be producing in Britain. We should be investing in renewable resources for future generations and for the health of our planet.

“Worthy Farm is not for shale. I have declared Worthy Farm a frack-free zone.”

The Glastonbury organisers’ statements comes amid a government consultation over the rules regarding energy companies and their access to private land, and whether communities have a voice in decisions to extract fossil fuels in their area.

Worthy Farm currently utilises solar on the roofs of farm buildings, and many believe it is becoming increasingly important for festivals to promote environmental awareness.