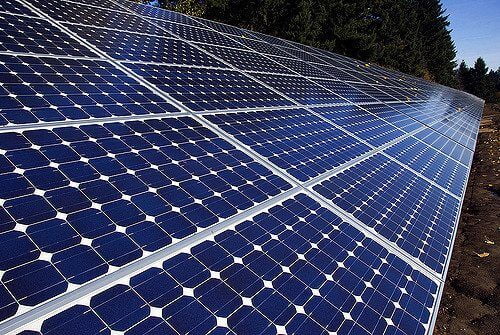 Six months on since the Renewable Heat Incentive consultation, but the industry needs certainty before it can invest.

21 organisations have backed a letter to Baroness Neville-Rolfe, Minister of State for Energy and Intellectual Property, urging her to retain solar thermal within the Renewable Heat Incentive (RHI). The group, representing the solar industry, local government, manufacturers, housing providers, land owners, and environmental campaigners, argue that the internationally proven technology should not be unfairly disadvantaged by being removed from the scheme and that the diverse application of solar thermal should be fully recognised.

“The industry was shocked, in March, when the Government proposed removing solar thermal from the RHI, whilst retaining support for heat pumps and biomass. Now, six months later, the industry is still in limbo as it waits for the Government’s response. We are confident that the Solar Trade Association made a compelling case to support solar thermal and hope the Government rethinks their proposal. However it is urgent that we get a decision quickly to end this uncertainty.”

Solar thermal is an internationally proven technology with the potential to play a major role in decarbonising the UK’s domestic and commercial sectors. Unlike other renewable heat technologies, solar has negligible running costs, and can be combined with existing heating systems, making it particularly well suited for homes in fuel poverty. It works effectively in built-up areas, on smaller roofs, and in areas where air quality is an issue. In London solar thermal is the dominant technology for RHI applications.

Instead of cutting solar thermal from the RHI the organisations signing the letter argue that the Government should expand the number of applications of solar thermal allowed. The letter reads:

The UK currently lags well behind other countries in its use of solar thermal – ranking 44th according to the IEA for installed capacity per capita.

“However, with continued support from government under the Renewable Heat Incentive solar thermal has the opportunity to contribute to ever-wider range of applications, including district heating, space heating, industrial process heating, and valuable integration with other renewable heating technologies. The scope for solar thermal to displace fossil heating in industrial process heating is remarkable. Analysis by IRENA (The International Renewable Energy Agency) shows that solar thermal technologies could technically provide nearly half of heat demand in the industrial sector, displacing large amounts of carbon”.

If the proposal to remove solar thermal from the RHI is implemented there is every prospect that the current supply chain will atrophy, together with valuable UK skills and manufacturing capacity. Without this vital technology the Government will struggle to meet its dual targets of alleviating fuel poverty and reaching 12% renewable heat by 2020.