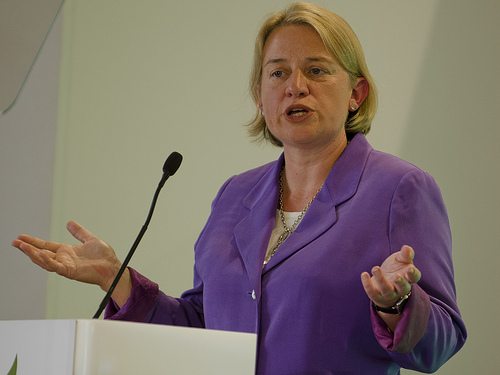 The Green Party has pledged to speak out for the “common good”, saying it will address the most urgent political matters after its leader demanded a place in the leaders’ debate in the run up to the general election.

The party, which has long campaigned on environmental issues, also said that there are a number of other pressing political matters that need to be addressed, including fracking, floods and foodbanks.

At the spring conference held this week, these three matters are the most urgent on many delegates’ agendas, whilst many parts of the Somerset Levels are still underwater.  The party also declared its intention to become more “vocal and visible”, speaking out against matters of national urgency, including David Cameron’s “fracking fantasy”.

The party’s leader Natalie Bennett said, “Change is coming and only the Greens offer the right kind of change”.

Last week, Bennett demanded a place in the leaders’ debates in the run up to the 2015 general election.

She said, “We represent the views of a huge number of British people, whether its bringing railways back into public hands, making the minimum wage a living wage or keeping our NHS publically owned and publically run. Those are views that represent a huge part of the British public and are views that should be represented in the debate”.

She also said that the UK Independence Party (UKIP), which has seen a dramatic increase in voters in recent years, has no sitting MPs, but they still lay claim to a place in the debates. On Monday, communications regulator Ofcom made the decision that UKIP is to be given major political party status in the run up to the elections.


The Green Party, which has one sitting MP and two MEPs, is hoping to treble its number of elected representatives in Brussels to six.