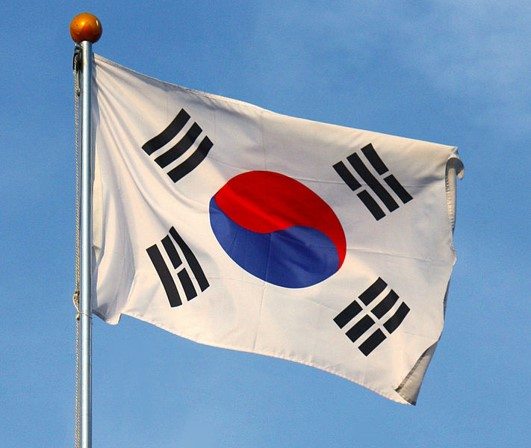 Greenpeace activists today entered the restricted zone of the Kori nuclear power plant near Busan, South Korea’s second largest city, to protest the country’s expansion of nuclear and its risk to the public. The protest aims to ramp up pressure on the South Korean government, which is about to give permission for the construction of two additional reactors.

In South Korea, there are currently six reactors on site and two waiting for operating license approval, bringing the total number to ten by 2020. Once Shin Kori Reactor 3 begins operation (expected in late October 2015), Kori NPP will become the world’s largest in terms of installed capacity (6860MW) with seven reactors in operation.

“The nuclear industry tries to sell us the dream that nuclear power is safe and necessary. But it’s not. According to a recent study there is a 50% chance of a Chernobyl-equivalent nuclear disaster that could happen anywhere in the world in the next 27 years,” said Suin Ko, Energy Campaigner at Greenpeace East Asia.

“One of the critical lessons from the disastrous Fukushima accident is multiple reactors mean increased risk. There are 3.4 million people living in the 30km zone of the Kori NPP, compared to 160,000 in the case of Fukushima. This is an intolerable risk.”

The activists from Greenpeace East Asia stress that nuclear expansion will lock South Korea into nuclear when other developed nations are transitioning away from the risky and expensive energy source.

As the world’s fourth largest nuclear power producer, South Korea’s nuclear fleet has been characterised over the years by a weak safety culture, corruption, insufficient regulatory independence, flawed emergency planning, and a decreasing number of workers per reactor.

All four existing NPP sites in South Korea already have more than six reactors – the highest rate in the world. Multi-unit NPP sites have a higher risk of an accident and possibility of multiple meltdowns such as the case of the Fukushima Daiichi disaster.

Currently, the Greenpeace ship the Rainbow Warrior is touring South Korea to build public awareness to end nuclear energy expansion and promote safe, clean renewable energy. In the past, Greenpeace East Asia has already helped secure a commitment from Naver, the Korean internet search giant and the parent company of social media platform Line, to power its data center in South Korea with 100% renewable energy.

“A growing renewable energy market will compensate for the phasing out of nuclear energy and reduce the number of fossil fuel-fired power plants,” said Suin Ko, Climate and Energy Campaigner at Greenpeace East Asia.

“By 2050, 77% of the electricity produced in South Korea will come from renewable energy sources – a figure that could be accelerated with greater government support.”