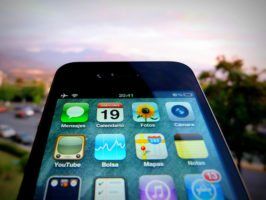 Hong Kong, 15 August 2016 – Consumers say mobile phone manufacturers are releasing too many new models, according to a survey Greenpeace East Asia commissioned across six countries. In all countries surveyed, consumers were most likely to say that mobile phone manufacturers should be responsible for providing people with the means to recycle their phones, while 4 in 5 surveyed said that it was important that a new smartphone can be easily repaired if damaged.

“The humble smartphone puts enormous strain on our environment from the moment they are produced – often with hazardous chemicals – to the moment they are disposed of in huge e-waste sites,” said Chih An Lee, Global IT Campaigner at Greenpeace East Asia.

“Over half of respondents across the countries surveyed agree that manufacturers are releasing too many new models, many designed to only last a few years. In fact, most users actually want their phones to be more easily dismantled, repaired and recycled.”

Mobile phones are some of the most frequently replaced of all small electronics products. A United Nations University report in 2014 showed that up to 3 million metric tonnes of e-waste is generated from small IT products, such as mobile phones and personal computers. This represents a massive waste of resources and a source of contamination from hazardous chemicals.

Key findings from the survey:

“We believe true innovation means gadgets designed to last, to be repaired and recycled. It is time for tech leaders to rethink the way they make our electronics so that they are as innovative for our planet as they are for our lives,” said Lee.

“If tech brands want to lead us into the future, they need to move towards closed-loop production and embrace the circular economy; something that can be good for their profits, for people and for the planet.”

If tech brands want to lead us into the future, they need to move towards closed-loop production and embrace the circular economy; something that can be good for their profits, for people and for the planet.

Greenpeace East Asia conducted the survey as part of its True Innovation campaign, which challenges the technology sector to embrace innovation to protect our environment and our future.