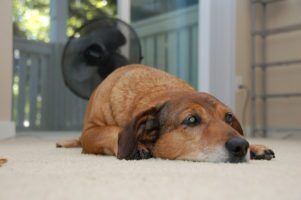 HSI Campaigners joined by Made In Chelsea star, Lucy Watson.

As MPs prepare today to debate South Korea’s factory farming of dogs for human consumption, celebrities and dog experts urge the British Government to use diplomatic influence to help close the estimated 17,000 factory farms where up to 3 million dogs are bred in filthy, deprived conditions until they are killed by electrocution, hanging or beating.

This morning outside Parliament, Made in Chelsea’s Lucy Watson and her dog Digby joined campaigners from Humane Society International who were dressed as dogs in a cage the same size as those used on many of South Korea’ intensive dog meat farms. Humane Society International is the leading global animal charity working in South Korea to expose the cruelty, close down dog farms and rescue dogs as part of a long-term strategy to achieve a government-led phase-out of the industry.

“This debate is a vital chance for MPs to discuss measures to stop the uniquely cruel intensive farming of up to 3 million dogs each year in South Korea, who are raised and killed largely to be made into a supposed ‘health’ soup – boshintang… In recent months, draft amendments have been submitted to South Korea’s Animal Protection Act that offer a real opportunity to move towards an end to the dog meat trade. We urge the UK government to vigorously encourage such legislative reforms, as well as to offer insights into the successful government-orchestrated phase-out of fur farms in the UK that offers a template for reform that South Korea could follow.”

In recent months, draft amendments have been submitted to South Korea’s Animal Protection Act that offer a real opportunity to move towards an end to the dog meat trade

Humane Society International has worked in South Korea for more than two years, permanently shutting down five dog farms so far and rescuing more than 500 dogs into new families in the USA and Canada. The charity is currently fundraising to shut down a sixth farm with more than 100 dogs in the same area of South Korea where the 2018 Winter Olympics will be held.

Claire Bass, Executive Director of Humane Society International/UK, said: “Our dog farm closures reveal the horrifying truth about these places – dogs confined in tiny, barren cages, exposed to the bitter cold winters or the intensely hot summers, many exhibiting classic stereotypical behaviour of animals struggling to cope. Their lives are monotonous and deprived, their deaths often protracted and brutal, with all this suffering simply for a meat delicacy that is eaten rarely by most South Koreans.

“Britain prides itself on being world leaders in animal welfare, so we’re asking the Government to make that reputation genuinely mean something for these dogs. With more and more politicians and citizens in South Korea speaking out against the dog meat trade, now is the time for Britain to add its support.”

Most people in South Korea don’t regularly eat dogs, and the practice is declining fastest amongst the younger generations as they become aware of the cruelty involved. Most of the dogs bred throughout the year are killed for the ‘Bok Nal’ days of summer, considered the hottest days in July and August when traditionally dog meat ‘boshintang’ soup is eaten in the misguided belief that it cools the blood.

HSI’s Claire Bass said: “Dog meat is not a mainstream everyday food in South Korea, and many dog meat traders and restaurants reported declines in sales during this year’s Bok Nal, as more and more people turn away from this supposed ‘delicacy’. Younger South Koreans know that culture is never an excuse for cruelty, and dog meat soup belongs in the culinary history books.”

Last November, then Foreign Minister James Duddridge pledged British Government action on Asia’s dog meat trade, following Parliament’s first debate on the issue. But the unique situation in South Korea – the only country in Asia to exclusively factory-farm dogs for meat rather than steal pets and strays from the street – was not robustly debated. Today’s Westminster Hall debate was initiated by a petition on the government’s e-petition site, and will address South Korea specifically.

Donate to help HSI rescue dogs from South Korea and campaign to stop the dog meat trade for good: