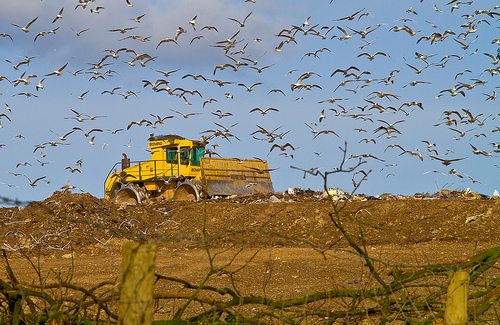 It’s fair to say that the vast majority of us do not want to harm our planet for our children and grandchildren. Yet the investment decisions we make today can have that impact.

Many people are now starting to recognise that they should think differently about investing. There is still however a disconnect with many people. They can’t see how their investment is going to make any positive difference to our physical and social environment.

We are starting to make a difference already. If we take one of the major challenges that face us, the decarbonisation of the planet, significant changes are happening.

According to the United Nations Environmental Programme (Unep) report of 2012, total worldwide investment in renewable power and fuels had increased by 17% from the previous year. This figure had now reached $257 billion, a sixfold increase on the 2004 figure. Renewable sources have now grown to supply 16.7% of global energy consumption. In addition, the report points out that investment from the private sector was almost double that of the public sector.

Another major demand is improving the health of an ever growing population. Again, major strides have been made.

According to the World Bank child mortality (based on children dying before age five) has reduced from 13 million in 1990 to around eight million in 2012. Again, private sector investment has been an important contributor here.

In order to make my point more succinctly I think it’s useful to give more specific examples of where positive channelling of money has really made a difference.

The first example I researched was a result of a recent journey I made. My partner is Hungarian and last year we were travelling over to see her family. Because they live close to the Austrian border, we flew to Vienna and on the drive from the airport I was surprised by the masses of wind turbines that are scattered around the Vienna area.

Later that evening, I carried out some research on the origins of this discovery and unearthed something far more significant. It transpires that back in 1973, Vienna put together a plan aiming to seriously change its energy mix to a more environmentally-friendly solution.

As a result, a Vienna-wide investment hub was set up and this was the trigger to attract investment from the public and private sector, but including funds from people like yourself. Yes of course there were hiccups on the way but in the long-term the success has been staggering.

The Vienna region now produces over 60% of its electricity from alternative energy. This includes (in production ranking) hydro-electric, biomass and wind. Putting that into context, the UK provides less than 10% from these sources. Correspondingly Vienna is achieving great reductions in CO2.

Reduction in landfill in the UK

Another good example closer to home is the massive reduction in landfill due to vast improvements in green alternatives such as recycling.

According to the Department of Environment, Food and Rural Affairs (Defra), landfill from the residential sector reduced from 22m tonnes in 2001 to under 10m tonnes in 2012. At the same time the recycling rate has increased from 11% in 2001 to over 50% in 2012.

This has real positive environmental advantages because landfill emissions produces a number of gases, the most lethal of which is methane. Not only does methane creep into the ground helping to pollute rivers and groundwater, but it’s about six times more damaging than CO2 to the ozone layer. This is not forgetting that landfill is an eyesore and the fact that in this country we are running out of landfill space.

The difference was made here due to a combination of public and private investment. Local authority tendering has contributed to the above significantly, but equally private investment in recycling companies has also provided valuable input.

Contributing to these big challenges isn’t just the remit of governments or large charitable donors. There is an ever-growing body of commercial companies that are recognising their social and environmental responsibilities and as a result making major contributions. Significantly, these are the very companies that you can invest in easily via your pension plan or your savings fund.

It is impossible to be precise about the sheer numbers of these companies that are out there in the marketplace. It is also difficult to be precise on how responsible a company is and whether it is making an overall net contribution.

One measure that we do currently have however is offered by the number of sustainable and responsible investment (SRI) indices that have been developed over the last few years.

A good example would be the FTSE4Good Global Index that was established in the UK in 2001. The FTSE4Good Global Index incorporates companies globally that meet certain corporate ethical standards. In particular, companies are researched and scored on environment, social and governance (ESG) ratings.  They have to show acceptable scores across the range of their activities.