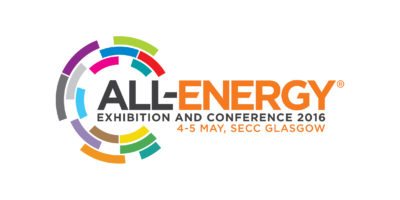 This week innovators from the energy sector come together for the two-day All-Energy conference in Glasgow. Hydrogen gas was the focus of many of the workshops and talks this year.  Much of the work discussed was around hydrogen production and technology.

Combine hydrogen production with technology to capture and store the resulting carbon emissions and you could have the means of decarbonising the heat, power and transport needs of entire cities across the UK.

This is not some distant vision but the focus of current research, which featured in this year’s All-Energy conference. The programme included talks by the hydrogen pioneers who are creating connections between how the gas is produced and how it is used in order to highlight alternative pathways to reducing carbon emissions from our cities.

Hydrogen could be the perfect zero-carbon fuel; burning it creates two products essential to society – energy and water. Use sustainable sources of biomass in its production along with carbon capture and storage (CCS) and you have the potential to deliver carbon-negative power and heat at either domestic or industrial scale.

Dr Hyungwoong Ahn, of the University of Edinburgh, took part in the Biomass, Biogas and Biofuel session on 4 May to describe his study of a biomass gasification combined heat and power (CHP) plant with carbon capture.

Subsequent phases of his research include a demonstration project in South Korea using coal gasification as the hydrogen source – an important focus for countries such as China, India and South Korea, where coal is expected to be a significant source of energy for several decades yet.

Dr Ahn’s patented technology could be scaled up for large-scale delivery of hydrogen as part of initiatives, such as the Leeds Citygate project, which was the focus of another talk on 4 May.

Dan Sadler of Northern Gas Network joined the Hydrogen and Fuel Cells session to share his inspiring vision for decarbonising the city of Leeds. Here, the idea discussed was to repurpose natural gas networks to deliver hydrogen as a source of heat and power for businesses and homes across the city. Sadler is currently seconded to the Department of Energy and Climate Change to support their Low Carbon Heat and Innovation team.

On day two, Alastair Rennie of AMEC joined the main CCS session to talk about how steam reforming (a method to convert natural gas to hydrogen) with CCS can provide low cost and low-carbon hydrogen in bulk quantities.

For full details of the programme visit the website.