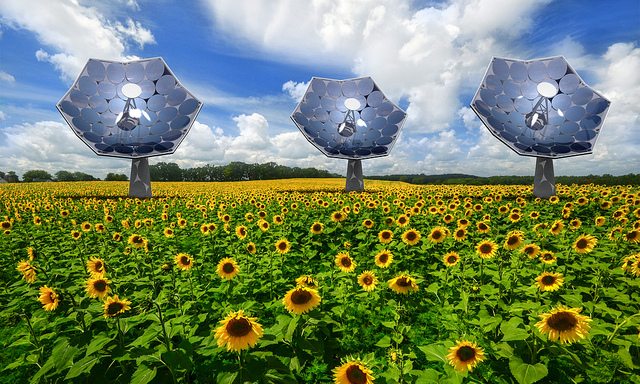 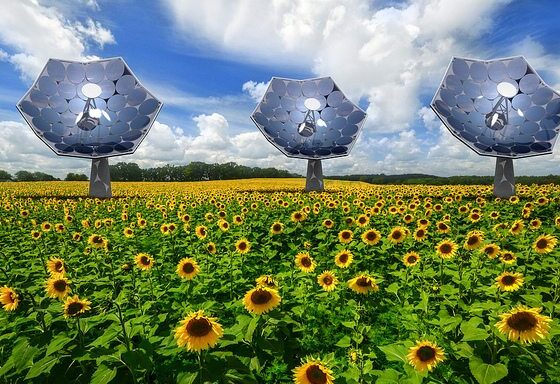 IBM, together with Airlight Energy, has launched a new 10-meter-high ‘sunflower’ device, able to move in order to catch as much sunlight as possible, which can concentrate the sun’s radiation 2,000 times and convert 80% into electricity and heat.

Designers say they took inspiration from a sunflower and the branched blood vessel network of the human body to create the High Concentration PhotoVoltaic Thermal (HCPVT) system.

The sunflower is able to track the sun in order to collect the suns rays at anytime. The inside of the device is covered with 36 mirrors made of 0.2-millimeter thin recyclable plastic foil, which concentrate the sun’s power and reflect it onto microchannel liquid-cooled receivers, which feature multi-junction photovoltaic chips that generate electricity.

Dr Gianluca Ambrosetti, head of research at Airlight Energy added, “With the HCPVT we are ushering in a new generation of solar energy technology. Not only is the system affordable, but it will create jobs where it is installed because many of the materials will be sourced locally. We expect to partner with firms around the world to bring a commercial version to market by 2017”.

According to the manufacturer, the device can produce 12 kilowatts of electricity and 20kW of heat on a sunny day, enough to power several homes. The two companies say they will donate the system to two communities that are without energy.