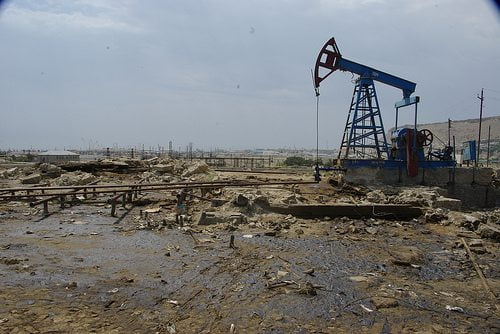 An alliance of 70 major investors with a collective $3 trillion (£1.85 trillion) of assets has called on the world’s largest fossil fuels firms to explain how their business models square with the need for dramatic carbon reduction.

Co-ordinated by non-profits Ceres and the Carbon Tracker Initiative, the investors are asking the industry to rethink the future of its operations – given many of the current known fossil fuel reserves may not be able to be burnt if the world wants to avoid runaway climate change. Among those adding their name to the calls are the Scottish Widows Investment Partnership, the California State Teachers’ Retirement System (CalSTRS) and Pax World Management.

Research presented in Carbon Tracker’s Unburnable Carbon report suggests that as much as 80% of reserves could actually be classified as “stranded assets” in the future, with governments looking for ways to avoid more than 2C of warming.

The study added that in 2012 alone, the 200 largest publicly traded fossil fuels firms spend around $674 billion (£416 billion) on finding and extracting new supplies of high-carbon energy, including oil, coal and gas.

In a letter to 40 major fossil fuels firms, the investors wrote, “We would like to understand what options there are for [the company] to manage these risks by, for example, reducing the carbon intensity of its assets, divesting its most carbon intensive assets, diversifying its business by investing in lower carbon energy sources or returning capital to shareholders.”

In August, a survey of asset managers and owners whose collective assets exceeded $14 trillion (£8.6 trillion) found that the majority of investors viewed climate change as a “material risk” to their business.

The third annual Global Investor Survey on Climate Change polled over 80 major investors and found that 53% had used climate change as their motivation when investing in or divesting from certain stocks. This represented a marked increase from 23% in 2012 and 9% in 2011.

While many concerned investors have opted to divest from high-carbon energy, others are using their clout as shareholders in large firms to enact change from within. Harvard president Drew Faust recently said that the university preferred the engagement approach, though she has since been criticised by campaigners for adopting such a stance.

Meanwhile, a report by the Smith School of Enterprise and the Environment at the University of Oxford recently outlined how investors and campaigners could effectively leverage their collective influence to get the most out of divestment calls from the financial community, adding that they helped to “stigmatise” the fossil fuels industry.

“The fundamentals of demand and price are changing, but companies are spending capital as if it is business as usual.”

Mark Fulton, a member of the Carbon Tracker’s advisory board and a Ceres adviser, added, “Fossil fuel companies will prove to be more responsible stewards of capital in the future if they take action now to manage the risks posed by climate change.”