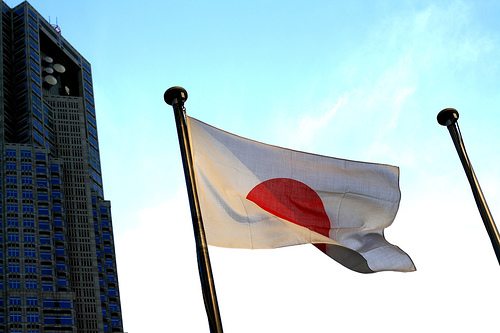 The first ever assessment on progress towards ending reliance on coal power across the G7 is being published today. The U.S.A comes top in the ranking, leading a clear move away from coal evident across all G7 members with one exception. Japan is ranked last in seventh place, standing in isolation, with over 27GW of additional coal power capacity planned.

Germany, in sixth place, has acknowledged the need for additional action on existing coal but struggled to find a way forward. Italy, Canada and the UK – in fifth, fourth and third respectively – are well positioned to take forward an aligned coal phase out effort over the next decade. France, in second place, just announced that the partly state-owned utility ENGIE (ex-GDF Suez), will not invest in new coal. However, as the host of COP 21 UN climate negotiations, France can do more to catalyse the phase out transitions by its utilities overseas and by confirming an end to coal use domestically.

In June this year, all G7 members committed to the decarbonisation of the global economy by the end of this century. This means the inevitable phase out of coal power, with the G7 showing leadership in a world that is acting to avoid dangerous climate change. The scorecard assessment published today provides an overview of how G7 countries have started to meet this challenge, while also showing the state of coal use for electricity generation in each country.

Chris Littlecott, Programme Leader at E3G said: “Japan finds itself isolated in clinging to coal, while its G7 peers are all moving towards a phase out. There is a clear structural shift away from coal underway across the G7, with the dominant trend being the cancellation of proposed projects and the retirement of existing coal power plants.

“The UK, Canada and Italy all have a great opportunity to accelerate the closure of existing coal capacity over the coming years. The UK’s ageing coal plants are ripe for retirement. Alberta is looking to phase out coal and follow in Ontario’s footsteps. In Italy, the utility Enel has recognised its coal plants will need to be offline before 2030. By working together, these G7 countries can drive political momentum for the broader transition away from coal.”

The analysis and accompanying scorecard produced by environmental think tank E3G, with the support of Kiko Network and Natural Resource Defense Council, is being launched today at UN climate talks in Bonn. The Paris COP 21 climate negotiations take place at the end of November this year, six months on from the G7 summit. In this context, any action on coal by members of the G7 will have added significance in demonstrating a commitment to act on climate.

The analysis shows that there are positive signals that a coal phase out can be accelerated across the G7. There has already been a clear swing away from coal power plants since 2010, albeit with the exception of Japan. A combination of shifting market dynamics and government policy actions mean this is set to continue. There is now no case for new coal plants on economic grounds.

Canada, the USA and the UK have all implemented policies of ‘no new coal without CCS’, while broader market dynamics mean that new coal is an unattractive option in any case. In France, Germany and Italy there is no market appetite for new coal – recent investments by utilities in Germany have resulted in massive financial losses and are already at risk of becoming stranded assets.4 While these governments are yet to formally rule out new coal plants, they could easily do so.

Japan is the clear odd one out. It has 27GW of new coal capacity under development, although construction for most of this is yet to begin. As other major economies move to cleaner forms of energy generation, Japan risks locking itself into overly expensive and ultimately stranded asset investments.

Kimiko Hirata, International Director from Kiko Network said: “Japan is the only G7 country that is planning a huge coal expansion, through the development of 48 new coal plants. Japan is clearly lagging behind the other G7 countries. It should stop arguing that so-called ‘clean coal’ is a solution.

“Everyone knows that the coal industry imperils the planet. Recognizing global momentum, Japan should shift away from its current path, not only for the sake of a climate-safe world, but also to avoid international isolation and to foster a green economy in Japan.”

Germany is struggling to act, despite recognising that a coal phase out is now inevitable. A final set of new coal plants has entered operation at a massive financial loss. Government plans to reduce coal use were opposed by utilities, resulting in a change of policy. It entails payments to utilities to create a reserve of 2.7GW of lignite plants, which would then be retired by 2020. Internationally, Germany is also still backing unabated coal plants.

Sabrina Schulz, Head of E3G Berlin said: “The political debate on a phase out of coal has started in Germany. But the new proposed measures still require approval from the EU Commission and it is not clear whether they will go through. Germany also lacks a clear plan for the period after 2020. Utilities and investors need certainty on this. The affected regions and workforce need time and support to adjust and Germany’s climate policy needs its credibility back.”

Adding evidence to the clear move away from coal, a staggering 63GW of planned coal power plants have been cancelled across the G7 since 2010. A further 124GW of ageing coal capacity has either already been retired or is set to come-off by 2020.

The USA is leading the charge despite facing the largest challenge given the scale of its existing coal use. With 288GW of capacity, the scale of the coal fleet in the US is more than twice the size of the other G7 members combined. Nevertheless, the USA is making the most positive progress of all the G7 countries; recent retirement announcements amount to more than 84GW by 2020, with new policies reducing coal pollution and setting the framework for investment in clean energy.

The US has also led international efforts to restrict financing for unabated coal plants. In September 2015, the USA and China announced a set of actions on climate change, including that China would ‘strictly control’ domestic and international financing of high-carbon projects.

Jake Schmidt, International Program Director at Natural Resource Defense Council said: “The US is seeing a huge shift towards more renewable energy as these sources of electricity have become the dominant source of new electricity capacity. The US has also shifted from being one of the largest sources of public financing of overseas coal plants.”

The scorecard report also identifies clear actions G7 countries can take to demonstrate their commitment to move beyond coal in the run-up to COP 21:

– Japan needs to start with the most fundamental action first: it must act to turn off the tap of new coal power plants.

– All G7 countries should immediately cooperate to strengthen OECD conditions on export credits ahead of the Paris talks, with further commitments by Japan, Germany, Italy and Canada, to strengthen restrictions on the use of international development finance for coal projects.

– Canada, the UK and Italy all have a clear opportunity to commit to a clear timetable for the phase out of unabated coal ahead of the Paris negotiations. Given their similarities, they could work together to effectively manage the transition and catalyse a broader coal phase out coalition.

– As host of the negotiations, France is under pressure to confirm how and when it will end the use of coal domestically and reduce its exposure to coal overseas through state-owned utilities.

– Germany has acknowledged the need for additional action on existing coal. It set the standard with the G7 commitment to decarbonise, but this will require additional policy efforts during 2016 to start putting it into action.

– Lastly, the USA is in a privileged position having implemented a wide-ranging set of policies related to coal during the course of 2015. While this is a positive expression of intent, the USA must continue efforts by enabling transition pathways for coal-producing regions, including by addressing the risk of increased coal exports and the impact of coal production from federal lands.

Through the lens of both policy and market dynamics, the scorecard ranking is based on three criteria for each country: the risk of new coal power plants, retirement of existing capacity and support for construction of coal projects overseas. The intention is for the scorecard assessment to be updated each year or on significant occasions, to help ensure transparency on each countries progress towards achieving coal phase outs.