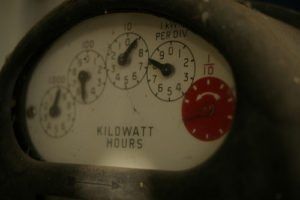 Today a new report released calculates that 44% of UK electricity could be produced, with the right investment, by 2050 by ‘energy citizens’.

Many more households, organisations and small enterprises could produce their own energy, supply demand-side flexibility or store energy in times of oversupply. Today’s report examines the extent of this potential, and provides insight into the role of ‘energy citizens’: anyone who moves from consuming, to producing, energy. This isn’t limited to individuals, but can include farmers, community groups, small business, and co-operatives.

This report shows that community energy has potential for huge growth in UK.

“In a post Brexit world, the government needs to put policies in place to unlock the investment potential of co-ops, individuals and small business or else the UK will lose out in the renewable energy revolution.

“Theresa May must reverse her predecessor’s attacks on renewable energy – which have discouraged new community energy groups, and signal her support for this initiative.

“She can do this by restoring transitional financial support for wind and solar power, scrapping the de facto ban on onshore wind, and making it a requirement for local councils to support development of the right renewable technologies for their areas.”

As community schemes create 12-13 times the community value than privately owned schemes, it’s a good time to reclaim power from big energy companies. Investment is required to help people to develop their potential as energy citizens, but significant societal, environmental and economic benefits will be generated.