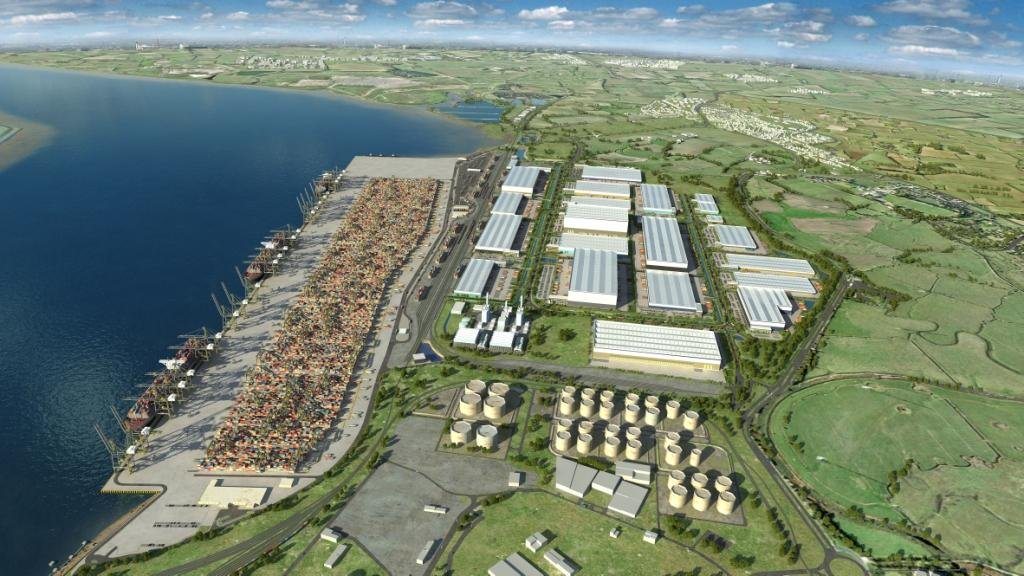 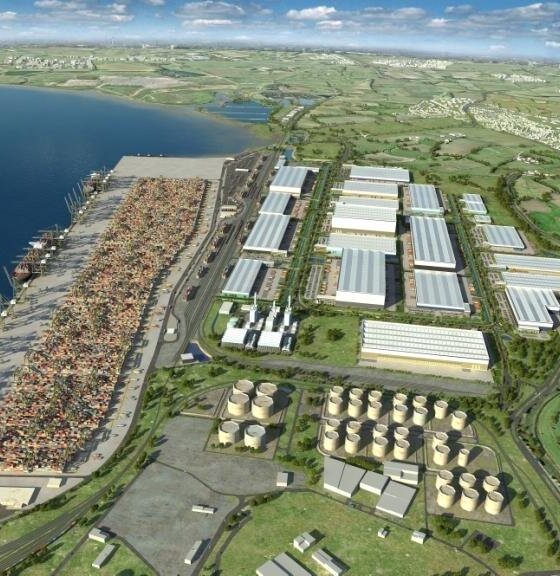 Dubbed London Gateway, the £1.5 billion project has the best tidal window access for deep-drafted vessels, unlike Tilbury dock or Thamesport. Container ships have doubled in size since the project was conceived in 2000.

Over 40% of UK container traffic comes from Asia, mostly on these big vessels. The first ship – coming from Cape Town – docked on Wednesday.

With six berths and the capability to handle the ultra large container ships, the terminal will deploy automated container handling systems and controls. London Gateway port is designed to provide significant improvement in handling speeds, which will provide a significant reduction in the time spent in port. Automated stacking will reduce the vulnerability to adverse weather conditions.

Europe’s largest logistics park will be adjacent to and integrated with the port. This will provide huge savings in transport costs and benefit the environment by removing unnecessary transport movements and ‘empty’ miles for container transport and delivery vehicles. Speed to market will also be dramatically improved.

The Thames estuary is a special protection area (SPA) under the European Union’s Habitats Directive. An environment programme saw £50m invested in the site, including the relocation of reptiles such as great crested newts, lizards, snakes and slow worms. During construction, archeologists found Roman evidence, prehistoric flint tools and medieval pottery.

The location of the port will ensure trade does not have to travel far, which means less road miles, costs and vehicle emissions. This concept of integration is known as PortCentric logistics.

Rail services to and from London Gateway will provide regular, easy and efficient movement of goods between major population centres in the UK, while reducing the carbon footprint of the transport of goods around the UK, compared with road movements.

Intermodal rail terminals will be provided within both the port and the park, along with tracks to a number of directly rail served buildings, where specifically required by customers.

Local rail connections with London Gateway will be enhanced by the double tracking of the Thameshaven branch line, which links the Port to the main rail network at Stanford-le-Hope.

Rail access to the Channel Tunnel, as well as the West Coast Main Line, for the Midlands, north-west England and Scotland, is at W10 Gauge, which allows 9ft 6in containers to move on standard wagons.

Most of these destinations are closer to London Gateway than other south/south-eastern ports.

The future is uncertain, however. So far only Marks & Spencer has committed to building a new distribution center by the port, announcing in June it would be spending £200m.

If the project succeeds it will employ 12,000 people directly when fully open, with the potential for a further 23,000 jobs in the wider economy.

David is community manager of Sustainable Cities Collective. He’s also a novelist, script and comics writer, environmental writer, journalist, and editor. He was for 13 years news editor of Energy & Environmental Management magazine, and is director of Cyberium, a media company.