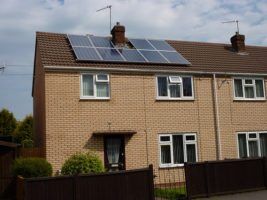 The Solar Trade Association has released a new report [1] which quantifies the cost of integrating solar into the UK power market, for the first time, for today and in a 2030 scenario where solar will provide over 10% of annual UK electricity.

The report will be launched at the STA’s Smart Power event at the Conservative party conference today.

Concerns are sometimes expressed about the variability of solar power (which generates according to daylight intensity) imposing costs on the system; the need for ‘back-up’ is cited as a disadvantage of solar power by critics of renewable energy. There has been uncertainty about what these costs are today and will be in the future. However, the Aurora analysis shows that today the cost of integrating solar into the power system, including ‘back-up’, is negligible at only £1.30 per MWh, or less than 2% of the costs of solar today. [2]

“The tremendous growth in local, clean generation has challenged the old power supply model. Yet Ministers can be reassured that the rapid expansion in solar power over recent years has been absorbed efficiently and affordably by the system.”

The research shows that more than tripling solar generation to 40GW (over 10% of annual UK electricity) would increase the costs of managing variability modestly, to a maximum of £6-£7 per MWh.

This clarity on the costs of integrating large volumes of solar, together with further expected cost reductions in solar installations, supports the STA’s and other analysts’ expectation that solar can be the lowest cost form of energy generation in the 2020’s [3] [4].

However, strikingly the modelling shows integrating solar into a more decentralised, flexible, ‘smarter’ power system, including batteries, actually delivers more benefits than costs to the system. High battery penetration combined with high solar penetration reduces the cost of variability by £10.50 per MWh, resulting in a net £3.70 per MWh benefit. This is because solar combined with batteries allows output to match demand requirements exceptionally closely and requires only a small amount of back up.

The report also highlights and evaluates the portfolio effort of combining solar and wind in the energy system. The modelled scenario follows the ‘High Renewables’ pathway set out by the Committee on Climate Change as a generation mix consistent with the UK’s 2030 carbon budgets. This requires 40GW of solar and 45GW of wind, enough to power 55% of the UK’s electricity system in 2030. The cost impact of solar on the system falls by 25% in this scenario, due to the complementary generation profiles of solar and wind.

Dr Benjamin Irons, a Director at Aurora Energy Research and lead author of the report said;

“The challenge of integrating large volumes of renewables into the network in a way that provides reliable power to consumers and an attractive market for complementary generation technologies is the ‘last frontier’ in delivering the power system of tomorrow. Our analysis shows that such integration is possible and surprisingly affordable: the UK could more than triple the amount of solar power on the system by 2030, with associated costs of integration and backup so low as as to be dwarfed by the enormous cost savings anticipated from falling solar prices over the same period. Battery storage aids integration even further, as does a diverse renewable portfolio including wind.”

“This welcome research puts numbers and maths behind the variability of solar power. It gives a concrete understanding of what solar has to offer compared to other technologies. Combined with reducing capital costs solar is going to be as cheap as source of power as you’ll find anywhere.”

“Aurora’s report for the Solar Trade Association confirms what an increasing number of analyses are now telling us – that we can build electricity systems with high shares of renewables such as solar and wind, using lower cost batteries, other storage technologies and demand management to deal effectively with intermittent supply. We should not be holding back from further renewables investment out of fear that we can’t keep the lights on.”

“Britain is concerned about its international competitiveness as it exits the EU and moves to ratify the Paris Agreement on climate change. The good news is backing solar power, the UK’s most popular energy technology [5], looks set to enhance UK competitiveness – so there need be no trade-offs.

The report also shows that solar sits right at the heart of the Smart Power agenda, which overall could save consumers billions every year. Solar is an enabling technology which brings down the cost of integrating wind and battery systems. We are on the cusp of an incredibly exciting technological transformation in the power system that the new Department has an exceptional opportunity to drive forwards. If we seize this agenda now, the UK can own the clean energy future.”

Interestingly, the variability cost of integrating 40GW of solar is further reduced by 55% to £3.10 per MWh if Hinkley C is not replaced, because the inflexibility of nuclear power also imposes costs and reduces the economics of flexible generation.

National Audit Office future projections of energy costs in 2025 anticipate solar power will be the most cost-effective technology option [4]. Future fossil prices are notoriously difficult to forecast but, based on recent NAO forecasts, the analysis suggests solar will be exceptionally cost competitive as well as zero carbon. However, the STA warns the solar industry requires a stable policy framework to deliver lowest cost solar.

The STA has set out an explanation of the report and next step recommendations in a separate document.