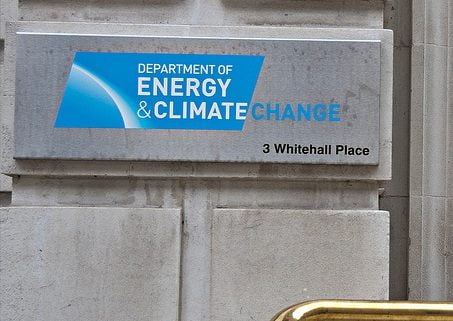 People in Britain would most like energy subsidies to be given to programmes that reduce energy waste, a survey shows. The ComRes survey for the Energy and Climate Intelligence Unit (ECIU) shows that more than eight out of 10 people (79%) support subsidies for measures that cut energy waste by insulating homes, with fewer than one in 14 (7%) opposed.

Support for energy waste-cutting subsidies in both homes and in power transmission combined was 84%, and support for renewables subsidies combined 83%.

The findings highlight the case for the Government to develop a new strategy on energy efficiency, said Richard Black, director of the Energy and Climate Intelligence Unit (ECIU).  “Cutting waste is the cheapest and easiest way to reduce energy bills and carbon emissions, and this survey suggests it’s also the most popular,” he said.

“With insulation rates falling to their lowest level since 2013 there’s a clear rationale for ministers re-invigorating policies that cut energy waste, and one obvious approach would be to make energy efficiency a national infrastructure priority.”

Marylyn Haines Evans, Vice Chair of the National Federation of Women’s Institutes, agreed: “Wasting energy in the home, just like wasting food, makes little sense. We should be trying to get the most out of the energy we use,” she said.

“By rolling out insulation, double-glazing and better boilers more of us could be living in cosier homes with lower bills and less polluting carbon emissions.”

Also commenting Caroline Abrahams, Charity Director at Age UK, said: “It’s a shocking fact that tens of thousands of older people in the UK suffer ill health or die as a result of the cold, every winter. At the heart of this national scandal is an epidemic of cold, leaky homes, coupled with high energy bills which means many of us are wasting a lot of the expensive energy we use.

“Energy efficiency is a major issue for older people trying to stay warm affordably and they want action to help them benefit from the heat they use.  We know that older households tend to be over-represented in homes with poorer energy efficiency ratings and as a result, are forced to spend significantly more on their energy.

“In the long-term we strongly believe that the only sustainable solution is an ambitious programme to bring all our homes up to a high energy efficiency standard. We are calling on the Government to make energy efficiency a national infrastructure priority and reform its energy efficiency schemes to help insulate older people and families on a low income against the cold weather and the high cost of energy.”

The ECIU/ComRes survey also shows substantial backing for renewable energy subsidies. Nearly three-quarters (73%) support subsidies for solar power, with 13% opposed; and two-thirds (66%) back subsidising wind, with 19% opposed. Support for subsidising renewables at early stages of development, such as tidal power, is even higher at 75%, with 9% opposed.

In contrast, for all non-renewable sources of energy tested, a higher proportion of Britons say they should not be subsidised than say they should. The difference is starkest for coal; 53% of people think coal should not receive subsidy compared with 23% who say it should. Forty-two percent oppose subsidising nuclear power while 33% back it; and 43% think subsidies should not be paid to support gas, against 31% in favour.

Recently the government has enacted several policy changes that cut support for renewable energy, while preparing to guarantee subsidies to the proposed new Hinkley C nuclear power station until 2058.

ComRes interviewed 2,015 GB adults online between the 16th and 17th September 2015. Data were weighted to be representative of all GB adults aged 18+. ComRes is a member of the British Polling Council and abides by its rules. The data tables are available on request. The survey and data table can also be found here.