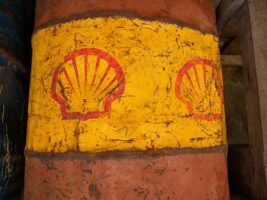 Investors at BP and Shell are being encouraged to use binding votes on pay in 2017 to hold the oil corporations responsible on their transition for commercial resilience in a lower carbon world.

In a report released today, ShareAction urges investors not to support executive compensation structures that incentivise the pursuit of high-carbon strategies. Doing so would put shareholder value at risk under low-carbon future scenarios, including the ‘below two degrees’ goal agreed at the Paris climate summit last year.

Catherine Howarth, Chief Executive at ShareAction said: “Responsible investors who are serious about climate risk have a crucial opportunity to ‘walk the talk’ at BP and Shell next year, by pushing for remuneration policies designed make these major companies commercially resilient in a low carbon world – and voting down policies which fail that test.”

The votes on pay policy in 2017 are binding ‘say on pay’ votes, introduced by the UK coalition government in 2013. They are the first pay votes to be put to shareholders in BP and Shell since the Paris Agreement on global emissions. If approved by shareholders, the structures will be applicable until 2020 and will be used to determine executive reward each year at the companies.

The issue of high pay dominated BP’s AGM in April this year, with 60% of shareholders voting against CEO Bob Dudley’s £14m pay packet in an advisory vote. The forthcoming binding votes mean the issue is likely to dominate again in 2017, and represents a key test of the investment community at a time when executive pay is top of the political agenda.

Remuneration at both companies is currently linked to a high carbon strategy, which rewards senior executives for replenishing fossil fuel reserves. This fails to acknowledge the scale of the changes required from the companies to achieve long-term commercial resilience and sustainable returns for the millions of British pension savers holding these companies in their retirement funds.

“While incentives in and of themselves will not drive the transition, getting them wrong at this critical point will reaffirm a business model that is unsustainable and damaging to the companies’ long-term viability,” says the report. “The golden thread between strategy and remuneration make it an important ground for setting expectations of low carbon resilience.”

Concerns about incentive structures at oil and gas companies are being echoed around the world. A report released today by Australian finance activist group Market Forces shows how fossil fuel companies in Australia are linking executive pay explicitly to the expansion of new oil, gas and coal reserves. Seven companies in the Australian Securities Index, as well as Chevron, BP and Exxon, have an ‘expansion’ bonus which incentivises risky projects such as drilling for oil in the Great Australian Bight. The group’s research shows that not a single Australian superannuation fund has voted down a remuneration packages on climate change grounds. This is despite the fact that the vast majority of Australian funds have publicly pledged support for keeping the world under two degrees of global warming. The research also found that frequently, funds fail to disclose how they vote, meaning investors can’t even find out what their money is supporting.

Climate change is an issue that affects us all.

“We believe that companies should be incentivised to reduce carbon emissions and improve energy efficiency. Linking this with remuneration is a logical step for emissions intensive sectors.”

“The binding votes on pay at BP and Shell pay next spring are a crucial opportunity for shareholders, many of whom want to see evidence of the companies’ ability to adapt to a low carbon economy. Realigning incentives is central to that. ShareAction’s report provides practical recommendations for engagement, to help investors shape remuneration policies that reward long-term, sustainable strategies.”

Juliet Phillips, Campaigns Manager at ShareAction and author of the report said:

“In the context of a decarbonising economy, the pursuit of high-carbon pathways puts significant value at risk for long-term investors in fossil fuel companies. In their engagements with BP and Shell, shareholders must reinforce the need for a climate-smart strategy, reflected in remuneration policies that signal and reward the steps required to achieve low carbon resilience.”