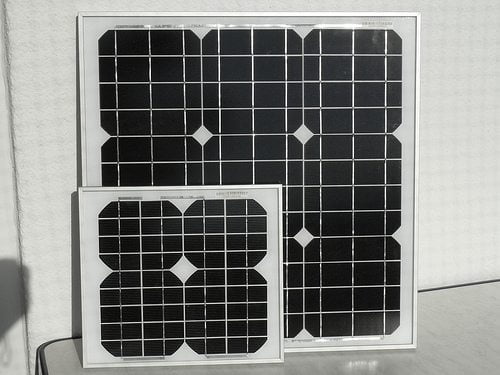 Scientists have discovered that a material found in bath salts could serve as a cheaper and less toxic replacement to a compound used in solar cells. The breakthrough could significantly reduce the cost of the technology.

The team from the University of Liverpool found that cadmium telluride, currently necessary to boost the efficiency of solar cells, could be replaced by magnesium chloride, which is extracted from seawater and already used to make bath salts and produce tofu.

The findings could contribute to making the next generation of solar panels cheaper and safer, according to scientists.

Dr Jon Major, lead author of the research from the university’s Stephenson Institute for Renewable Energy, said, “We have to apply cadmium chloride in a fume cupboard in the lab, but we created solar cells using the new method on a bench with a spray gun bought from a model shop.

“Cadmium chloride is toxic and expensive and we no longer need to use it. Replacing it with a naturally occurring substance could save the industry a vast amount of money and reduce the overall cost for generating power from solar.”

Scientists have in fact estimated that the new material could be much cheaper – $0.001 per gram compared to $0.3 of cadmium – meaning that the findings could help bring down the cost of solar technology.

Major added, “If renewable energy is going to compete with fossil fuels, then the cost has to come down.  Great strides have already been made, but the findings in this paper have the potential to reduce costs further.”

Solar energy has experienced an incredible growth over the past few years, with the US solar capacity increasing by 418% in four years and the European Photovoltaic Industry Association (EPIA) revealing that 2013 had been a record year for PV installation.