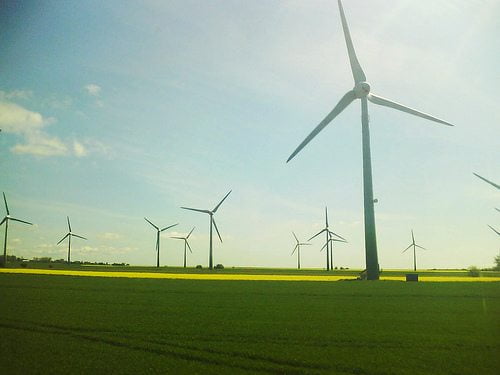 Clean energy sources generated around 20% of British electricity between January and March, thanks to strong performances by the wind and hydro sectors, according to the latest energy statistics released by the Department of Energy and Climate Change (DECC).

In the first four months of 2014, wind, solar and hydro energy produced 19.4% of UK’s electricity, up from 12% in the same period last year.

DECC’s statistics say that wind power alone accounted for 12% of the total generated by renewables, while gas prices rose by almost 5% between the first quarter of 2013 and the same period this year.

Electricity from coal went down from 44% to 37% over that period, with domestic production falling by 27% and imports from Russia rising by 21%.

RenewableUK’s director of external affairs Jennifer Webber said, “At a time when some politicians were finalising their plans to rule out any future support for onshore wind, it was quietly generating enough electricity for the equivalent of over five and a half million homes.

“Without the strong performance of wind last year, the government would have been even further behind its energy targets. That’s why we need to ensure that there’s continued investment in both onshore and offshore wind moving forward.”

Chief executive of Renewable Energy Association (REA) Nina Skorupska added that despite the growth in electricity from renewables, the UK is still lagging behind other European countries such as Germany and Denmark. She noted that overall, only 5.2% of final energy consumption came from renewable sources in 2013, far from the 15% target by 2020.

Skorupska said, “Every percentage point increase in home-grown renewable energy makes us that much more energy secure. The progress in electricity is encouraging, but growth is not yet strong enough in renewable heat and transport to meet the government’s objectives.”