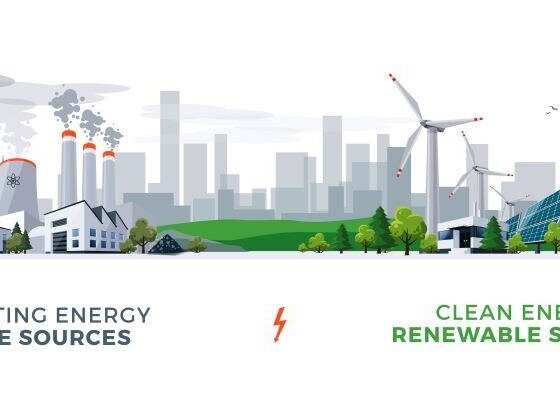 5 Ways to Preserve Fossil Fuels and Avoid a Mass Extinction

The fossil fuels have been depleting at a high rate in the past couple of years and have contributed to the deterioration of the environment. Global warming, extinction of various endangered species, climate change, increase in air pollution, and depletion of the ozone layer are a few consequences from which our environment is suffering. While many countries have taken serious steps to move ahead with green and clean energy sources like wind, solar energy, and geothermal to conserve resources, there is still a long way to go before we can cut off fossil fuels and rely on natural sources of energy for our day-to-day needs.

The fact is that every element of the Earth has been wrecked to an extent, and while nature is responsible for a few of these issues (volcanoes releasing carbon into the atmosphere, etc.) environmental ruin is caused almost solely by humans. Many scientists consider the Earth to be in the middle of its sixth mass destruction. The previous five mass destructions were likely caused by massive volcanism, extreme climate change, or asteroid impacts, but the sixth one will be caused by wreaking havoc on the environment — primarily by humans.

If we are in the middle of another mass destruction, what can you as an individual do to send it into regression or cease this extinction? Every step taken to safeguard the environment can help better the planet, no matter how big or small the intensity may be. Here are the top five ways to preserve Earth’s draining fuel.

While purchasing an automobile, consider fuel-efficient vehicles and choose one according to your needs. For instance, if you drive mostly in town, a smaller hybrid will be the right choice for you as you get better mileage while driving. If you have more than one automobile, drive the most fuel-efficient one whenever possible.

If you need a vehicle for heavy use, consider a clean diesel vehicle. An engine powered by diesel is 30 to 35 percent more efficient and powerful than a similar-sized gas engine. The new generation of diesel engines are quieter and smoother than their predecessors.

You can also buy a fuel efficient, plug-in electric, hybrid electric, or other alternative fuel vehicles to help decrease your fuel costs and save the environment.

You can conserve energy by replacing your home’s most frequently used light bulbs with Energy Star labelled alternatives. Compared to a conventional incandescent bulbs, energy efficient bulbs such as halogen incandescents, light emitting diodes (LEDs), and compact fluorescent lamps (CFLs) are a much better choice. These alternatives typically consume about 20 to 80 percent less energy than a traditional bulb and can last 3 to 25 times longer.

Nowadays, energy efficient bulbs are available in wide variety of light levels and colors. Even when they cost more than a traditional incandescent bulb, newer bulbs are more cost-effective in function and life span and ultimately save you money. These modern bulbs last much longer than conventional bulbs, also saving you the effort of replacing them as often.

Preserving water is a duty every human should take responsibility for. Water is easy to take for granted, but in reality, the need for water is in high demand. Due to the limited resources, humans can consume only a small amount of the Earth’s natural water. By preserving water, you can help provide water for the future generations while bringing a host of benefits (saving money, maintaining the health of aquatic environments, etc.,) your way.

While brushing your teeth,  don’t leaving the tap running. You can waste up to 150 gallons of water per month, which amount to 1,800 gallons a year. Turning the water off when not in use can save a lot of water. Use the water-saving principle while you shave or wash your face. You can also purchase water-efficient appliances such as smart washing machine or smart dishwashers for your home as these products pay for themselves in no time.

Reducing Electricity Use And Cost

Reducing energy consumption in your house not only saves you money but also reduces the pollution emitted from non-renewable sources of energy and increases energy security. To reduce your electricity load, install a renewable energy system such as small wind turbine of the solar electric system.

Home energy management systems and smart meters allow consumers to program how and when their house uses energy. These systems help you shift your power use to off-peak times such as running your washing machine late at night can save you money while improving your utility. You can also purchase energy-efficient appliances and operate them efficiently using an advanced power strip to lessen “vampire loads” or “phantom loads” — electricity wasted when the electronic is not in use.

Recycling is the classic way to help save the environment, and with the help of recycling, we don’t have to use natural resources to make new things. Not a lot of people know which items can be recycled, but you can go to a local community center to understand waste management. In general, items like newspaper, glass, plastic, food, and batteries can be recycled.

Reusing is the art of using items over and over again before composting, recycling or throwing it away. If something is broken, try to fix it rather than putting it in the trash and buying a new one. Reusing old items can help save the environment, and extending the life of things helps preserve natural resources. A few simple examples are using cereal bags in place of Ziploc bags or using glass containers for storing food. Also unused or old items can be sold. It is all about finding an alternative use for things so that waste can be reduced.

The issue is so massive and the urgency so immense that advice like switching off the lights when not in use or turning off the faucet while brushing your teeth sound trivial. The extraordinary fact is that each of us can act together in minor ways, but the accumulative effect will be dramatic. It takes seconds to unplug the phone charger or switch off a ceiling fan and bicycle or use public transport instead of driving. These small changes save money, reduce your carbon footprint, and preserve the Earth’s diminishing resources.