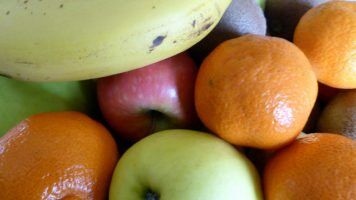 The Soil Association is forecasting the overall value of the organic market in the UK to reach and exceed £2 billion by the end of 2016, following new figures from Nielsen for the 52 weeks to 18 June, as a result of independent retail proving instrumental to the growing organic market.

According to Nielsen data, strong organic growth has continued through the first half of 2016 and is now +5.2% compared to +3.2% at the end of 2015 through supermarket salesfr, against a decline of -0.9% in non-organic sales for same period.

The news comes at a poignant time with recent political change and uncertainty in the market. The British Retail Consortium (BRC) and Nielsen showed grocery food prices had fallen by 0.8 per cent in June, the deepest deflation for more than a year – according to The Times. BRC said it was an “extraordinary run of deflation”. However, with Organic September around the corner and more brands and retailers than ever getting involved, the future remains positive for organic.

Despite an uncertain market following Brexit, Soil Association Certification is positive about the future of organic.

“Market growth is strong and there is a clear demand for organic, environmentally friendly and sustainable purchasing with many young professionals. The UK will still be required to comply with EU organic standards as minimum to maintain the flow of organic products to and from the EU and the Soil Association will continue to influence and improve the marketplace for organic businesses.”

Organic customers are increasingly searching out specific products and widening the range of places they buy organic – the Soil Association’s Organic Market Report showed an increase of +7.5% of sales through independent stores, and +9.1% through online and box schemes. The strength of online ordering for organic continues.

Key areas of growth in the organic market so far for 2016 include produce which remains buoyant and canned or packaged grocery, driven by big increases in cereals, tea, biscuits, jams, spreads and oils and vinegars.

Through Organic September the Soil Association encourages shoppers to look for organic through a large digital and media campaign. Many retailers including all the multiples have already signalled their support. Shops are joining the campaign with a range of activities, including on pack promotion using the Soil Association’s Organic September stickers, range promotions, organic events and sampling throughout September.

Benjamin Woodgate, UK Marketing Director of Whole Foods Market, explains how they’re getting involved; “Whole Foods Market will have a significant number of events, price promotions and product launches for Organic September. In addition, our concierge shopping & delivery www.quiqup.com/wholefoods will allow Londoners to have their organic goodies delivered to their doors in under two hours. The point of sale material produced by the Soil Association is the best I have ever seen for the campaign – we will be using this in store and would encourage other retailers to do the same with the goal for the industry to attract and educate more shoppers to eat, drink, use, choose organic products this September.”

Kellie Bubble Co-operative Grocer from Unicorn Grocery store in Manchester said; “Organic September is a brilliant campaign for independent retailers and we’re really excited to be involved. We’re going to be celebrating the benefits organic growing gives back to us all – the insects, the bees, the birds, the healthy soil for future generations to live off! The free marketing materials are really helpful for independent outlets like us and we’ll definitely be using them to make more people aware of organic produce and the wider benefits it brings. Ethical principles are at the core of our business and Organic September is a great opportunity to promote them.”

The Soil Association is helping all retailers and businesses get involved with free marketing support and involvement in the targeted Organic September campaign. A high profile media and digital campaign supports all organic businesses. The organisation is teaming up with renewable energy company, Good Energy, for the third year in a row. From solar panels on the roofs of schools to biofuels generated from waste organic cheese at Wyke Farms in Somerset, Good Energy buys, sells and generates sustainable, local electricity like this, helping to support farms, the environment and the land around us.