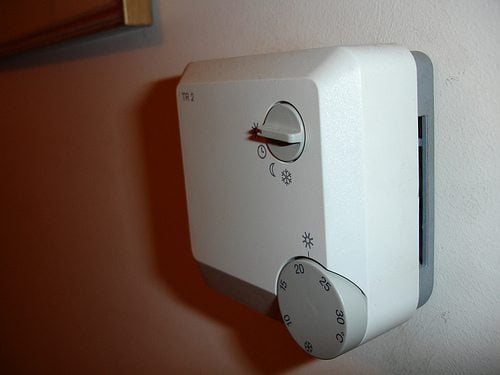 Half of all UK homeowners mistakenly believe that it is cheaper to leave their heating on all day than it is to turn it on or off and up or down when required, a new survey has found.

As part of Big Energy Saving Week, the Energy Saving Trust commissioned a survey of the British public to expose energy efficiency myths.

It also found that 30% of respondents think that leaving a computer on screensaver saves energy, while 45% think switched off electrical appliances use no electricity when they are stilled plugged in at the mains.

However, the survey also found that respondents were largely right on a number of other issues. Just 27% mistakenly think that turning up their thermostat to a high setting heats the home faster; 75% know that energy saving light bulbs are compatible with traditional light bulb fittings; while 69% know that solar panels will work during daylight hours regardless of whether the sun is shining.

“While for certain actions a portion of the UK public think they are saving energy when they’re not, it’s heartening to see that a lot of people are doing the right thing in the home to save energy”, said Energy Saving Trust chief executive Phillip Sellwood.

“We know it’s important for the UK public to stay warm and cosy in their homes.”

He added, “But for the majority the most cost-effective way to do this is to turn the heating on and off or up and down when required rather than leaving it on all day at a lower temperature. This ensures that heat is not wasted and that your home will be at a comfortable temperature.”

The Energy Saving Trust says that the UK could collectively save almost £4.4 billion on energy bills if homeowners took simple energy saving actions.

These are to turn off all lights and appliances when they’re not being used, turning down their heating, and replacing halogen lights with LEDs.

A Npower study released last week found that some of the UK’s most expensive homes, in the London boroughs of Kensington and Chelsea and Westminster, are the most energy inefficient.

Separate research found that 88% of UK households currently buy energy saving lightbulbs in an effort to save power and cut costs.