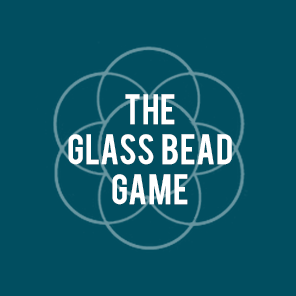 Yesterday, The School of Global Studies at the University Of Sussex, is proud to announce the launch of an exciting new audio narrative podcast series, THE GLASS BEAD GAME with the first episode in the series featuring David Attenborough and Naomi Klein.  Oriented towards those that are curious of mind, this twelve part series aims to creatively engage listeners on complex geopolitical issues in a monthly podcast. Unlike many of the static, debate based UK podcasts, this entertaining audio experience is more dynamic in its format, with an approach more similar to those currently being produced in the US.

In the initial two-part episode, THE MEANING OF CLIMATE CHANGE, broadcaster David Attenborough and author and social activist Naomi Klein, along with numerous notable professors, discuss the ethical, cultural and economic impact of climate change and what it means to those most affected. The series is directed and presented by award winning filmmaker Will Hood, a research associate at the University of Sussex, and the series is produced by Rob Alexanderof perfectmotion.

ABOUT: THE GLASS BEAD GAME

The podcast series creates a unique platform by which academic research can engage with an audience through people led narrative. Collecting the academic testimony of different disciplines from the international network of higher education, THE GLASS BEAD GAME aspires to appeal to a wide audience, challenge mainstream narratives and represent previously unheard voices.

The series title the ‘glass bead game’ is a nod to the classic book of the same name (Hesse 1943) in which the ‘game’ itself is played by creating new and subtle inferences between different academic disciplines.  By weaving together multiple conversations from academics and popular authorities the GBG podcast attempts to reconcile the disparate narratives that are inevitably produced by difficult subjects.

‘Nothing is harder, yet nothing is more necessary, than to speak of certain things whose existence is neither demonstrable nor probable. The very fact that serious and conscientious men treat them as existing things brings them a step closer to existence and to the possibility of being born.’

EPISODE ONE: THE MEANING OF CLIMATE CHANGE

In the first episode of THE GLASS BEAD GAME, presenter Will Hood explores the relationship between energy, ecology and economics, combining academic research with the anecdotal experience of indigenous groups on the front line of Canada’s environmental conflict.

With live coverage of the Cop21 climate summit (Paris Dec 2015) this episode explores the ethics of direct action as a way to make sense of climate change. An issue that divides the public and excites the media to what extents can it achieve meaningful political and social change?