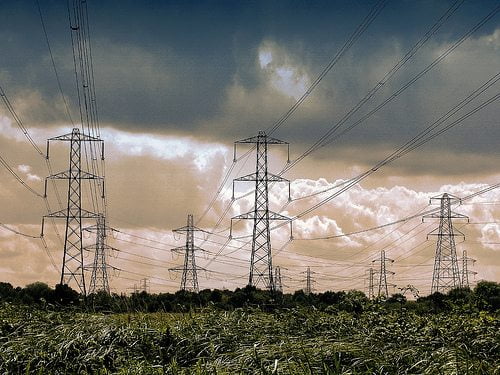 It’s only the fourth day of 2014 but already the big six have hit the headlines again. This time they come accused by the Labour party of pushing up bills and profits by buying electricity at higher than market prices, often from their own generators.

This follows charges of ‘green murder’ at the end of 2013 when some members of the big six failed to reduce energy bills following recent government changes to environmental levies. They are the latest episodes in a saga that has seen Britain’s energy giants scrambling to deflect attention away from themselves towards the nearest scapegoat they can find.

But don’t be fooled. The real problem at the heart of our energy market is not the help we give to the poor to heat their homes, nor the support we give to communities to build their own wind turbines. It is the size and structure of the big six themselves, and the secret world of energy ‘self-supply’ that exists at their core.

The origin of our current woes lies in the botched design of our energy market. Making a market out of a natural monopoly was never going to be easy, but we didn’t even stick to the original blueprint during the privatisation of the 1980s.

Whilst the pipes and wires (the National Grid) were separated off as planned, the government ultimately allowed the generation function (power stations) and the supply function (selling that power to us) to be held within single companies.

We should have had a large number of generators competing hard on price. We should have had a completely separate set of suppliers whose sole purpose was to get us the best deal by driving down prices and profits. Instead what we got was a handful of ‘vertically integrated’ giants controlling both generation and supply, and whose interests are simply not aligned with our own.

As a direct result of this market structure, most of the electricity a big six energy firm supplies to its customers today will come from its own power stations. Rather than going to the market, it simply supplies itself. For this reason – according to a report by consumer group Which? earlier this year – as little as 10% of all electrical consumption in the UK is openly traded on wholesale electricity exchanges.

This wouldn’t be quite so bad if we knew what was going on, but the self-supply of the big six is a secret and murky world. Their internal trading desks operate behind closed doors. The prices charged by the generation part of the business to the supply part of the business are not published.

What is the real price of electricity?

This lack of transparency means that we simply have no way of knowing what the real range of wholesale electricity prices are at any one time.

The best guess probably comes from price reporting agencies in the City. The price indices they compile are based on analysis of the small proportion of trades that do occur openly, and by calling their contacts in brokerage firms and the big six. But according to Which? there are “serious questions around the reliability and robustness” of these indices. They are incomplete at best and vulnerable to distortion at worst.

So when we are told our bills are going up because wholesale prices have increased, the reality is we are completely in the dark as to the real cause.

The big six often point to the small profit margins made by their retail businesses as evidence of their supposed fair play. But once again, we’ve no way of knowing whether they’re simply pulling the wool over our eyes.

“It is impossible to be confident about how much profit vertically-integrated supply businesses make”, says Which?, “because they can move margins up and down the value chain”. In other words, it’s possible that by artificially increasing the wholesale price used for internal self-supply, the big six could be charging us more for our energy at the same time as shifting profit from their supply arms to their generation arms.

Of course we can’t say for certain that this is happening. That’s the nature of a market lacking in transparency. But we do know that the big energy companies are able to profit more when prices to homes and businesses go up, and we do know that we are powerless to stop them with our current market set up.

Analysis by Which? of the 2006 Centrica price rise shows how this has played out in the past. In that year, a 28.6% rise in gas prices resulted in the loss of 900,000 customers and an 8% reduction in consumer sales volumes. Yet overall the company’s revenues went up 15%. Those customers who stayed paid extra, and this more than compensated for the reduction in income resulting from those customers who left.

Such is the nature of our broken energy market and the dominance of the big six that an increase in prices and loss of almost a million customers can at the same time result in an overall gain in profit.

So what will it take to fix our energy market? The closing months of 2013 saw the debate swing from the impact of environmental and social levies to the wisdom of a price freeze. Both, however, were distractions. For look behind Labour’s price freeze though, and you’ll see two proposals that at last make sense: break up the generation and supply arms of the vertically integrated energy companies and force all generators and suppliers to buy and sell their electricity in a single, open market.

Twenty-five years on from the privatisation of our energy system, it’s time to put transparency and competition at the core of our energy market, and end the dominance and secret self-supply of Britain’s big six once and for all.

Bruce Davis is a founder and retail director of Abundance Generation, a fellow at the Finance Lab and a research fellow at Bauman Institute. This article originally appeared on Abundance’s blog.