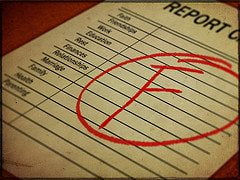 It has been less than five months since the Conservative party won its unexpected majority in the 2015 general election. They have moved surprisingly quickly to dismantle at least thirty years of environmental progress by forward-thinking governments of all political hues.

The 2010 coalition was going to be the ‘Greenest Government Ever’. Much was achieved by the coalition, but not enough, by a very long margin.

However, by 2013 Prime Minister Cameron was allegedly telling his ministers to ‘cut the green crap‘. Now in 2015, free to operate with a slim parliamentary majority, the government has surprised many with its naked aggression against scientists, innovators, entrepreneurs, investors and the most positive economic revolution in recent years – the green economy and green jobs revolution.

Even Green Tories and other natural political allies of the government, such as Bright Blue, have been shocked and dismayed by recent policy reversals.

No-one should, could or would ever denigrate that Blue Belt policy success: ‘the biggest conservation commitment by any government ever’. Well done, ‘Team Blue’ (round of applause), yet…

Yet… for a political party ostensibly and instinctively committed to stewardship of our blue and green planet this environmental report card is desperate, disappointing and tragic. The godfather of modern liberal-economics Friedrich Hayek argued for robust environmental legislation to address the market’s inability to address such issues.

For a free market government to support an oligopolistic, international and polluting fossil fuel industry, whilst throwing infant, domestic and clean industries to the wolves, would have Adam Smith spinning at high speed in his grave.

Continuing along this current policy trajectory, the UK government will be guilty of staggering environmental and economic vandalism, writ large. Future generations and developing nations will justifiably condemn them for their lack of vision and global leadership, allied with the wilful yet perversely complacent destruction of our fragile environment. Simultaneously, they squander the UK’s enormous green economic advantage bequeathed to them by previous administrations of all political persuasions, not least the original Green Lady, Baroness Thatcher.

For the avoidance of doubt, Blue & Green carries a torch for no political party drawing, as we do, readers from all political persuasions. All we care about is sustainability: planet, people and prosperity.