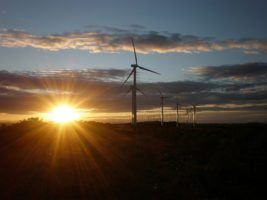 Burges Salmon, an independent legal firm in the UK, has been named Law Firm of the Year at the 2016 BusinessGreen Leaders Awards.

500 executives from across the green economy gathered at The Brewery in London on Wednesday 6 July to recognise the achievements of the finalists and winners of the annual BusinessGreen Leaders Awards.

In presenting the award, the BusinessGreen team noted: “With its focus on first-of-a-kind clean energy projects, Burges Salmon has carved out a deserved reputation as one of the UK’s greenest law firms. The judges were won over by the range of the firm’s work, offering legal advice on everything from giant offshore wind farms to small-scale community energy projects.”

Ross Fairley, Head of the Energy Power and Utilities sector group at Burges Salmon, said: “We have specialised in and led the market for a number of years in legal advice to the environmental and energy sectors – and our clients include many major utilities as well as the highest profile developers in renewables.”

We are therefore extremely pleased to have been recognised in this way at a major awards ceremony in front of the key players in the energy and environment sectors.

Burges Salmon has built a reputation for cutting-edge legal work supporting innovative and first-of-a-kind projects, ranging from the largest green infrastructure to small community owned renewables.  Its advice around law and policy has been crucial in bringing many clean energy projects to fruition.  As a founding member of the Legal Sustainability Alliance (LSA), the firm has pioneered work with other law firms to tackle climate change, embracing best practices to measure, reduce and externally report on its carbon footprint.

This latest success follows the firm’s Energy team being named Advisory Firm of the Year at the New Energy & Cleantech Awards 2016, having also won the award in 2015.