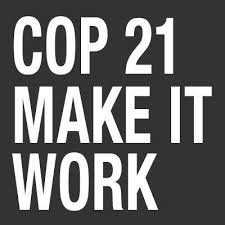 Upping the ante at COP21

With 12 weeks until the close of the COP21 climate summit, we already know that nations’ commitments must become much more ambitious in order to keep global warming below 2 degrees – the threshold for preventing the “severe, pervasive, and irreversible” impacts of climate change.  Nick Hay, director of Edelman’s UK Cleantech Practice, writes for Blue & Green.

Reportedly, the combined pre-submitted climate pledges (or INDCs in UN jargon), could only limit us to 2.5C of warming, only slightly below the 3C deemed likely without such pledges.

To an outsider, the UN process may seem Kafkaesque.  UN Secretary-General, Ban-Ki Moon knew back in June “…that these INDCs (would) not be sufficient to place us on a less-than-2-degree pathway.” And whatever agreement is made, it won’t enter into force until 2020; then taking a decade for us to know how countries have responded when the pledges close in 2030.

So is the system flawed?  To quote the UN’s top climate official Christiana Figueres, COP21 is not a “one shot deal”.  A key deliverable for Paris is to create a clear line of sight of the task ahead and a process for reviewing and updating the pledges beyond 2020.  In many ways, the INDC process is a communication device for levelling the playing field before a full reconfiguration of the economy in-line with 2 degrees.

The Paris negotiations represent a classic ‘prisoner’s dilemma’.  To successfully manage climate change, each leader must pledge their commitments to carbon abatement.  The diverse range of clean technologies can be thought of as cheap and expensive poker chips, which can assure a country’s COP21 commitments.

The unknown quantity at the table is Mother Nature – the entity demanding an appropriate investment of ‘chips’ to keep global warming within a safe threshold.  If the group fails to put in a sufficient number of chips to keep within the 2 degree threshold – the resulting environmental disaster will cost each player a much larger stack of chips.  In reality, the cost of staying below a 2 degree temperature rise (according to Stern et al) is between 1% – 2% of global GDP.  Whilst the costs of adapting to a 2 degrees world are at least 15-20% GDP lost by the end of this century.

Science has lurked in the background of the climate debate for the last decade, poring over data sets behind closed doors to gauge the risk climate change represents to our socioecological system.  In proposing the 2 degrees trajectory, scientists have asked Government, business and the public to fundamentally change their habits – but without providing the necessary tools for us to understand why it has to happen.

However, now we are seeing increasing democratisation of climate science, bringing new clarity to the debate.  The Global Calculator, for example, is a powerful new tool (built by a team of scientists led by Climate-KIC and DECC) for modelling the impact of lifestyle, land use, fuels and technology advances on a 2 degrees trajectory.  The datasets in the Calculator can show where we stand today and where we need to get to, by geography.  They allow us to set science-based goals computed on a per capita basis – which can be ratcheted up – to share the carbon debt equitably across nations.

The increasing interplay between science and business gives a clearer view of how the economic system can evolve.  Increasingly science, not politics, is setting the pace and the terms of engagement. Providing that certainty to business is key, since public sector financing alone is totally inadequate for the job ahead.

Will this increased engagement on science have an impact at Paris?  Social science tells us that it will.  Studies show that human beings – among them global leaders are sensitive to social feedback. A clear line of sight of how a 2 degrees trajectory can be achieved, within our existing political framework, is vital for encouraging generosity from countries in achieving an effective deal at COP21.