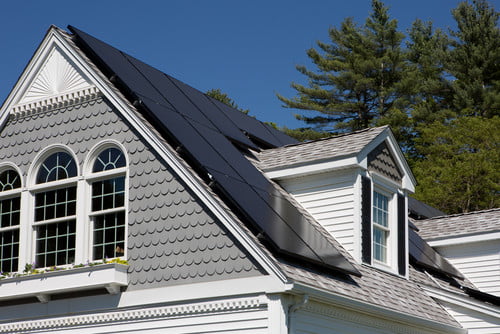 Windows Of The Future Will Act As Transparent Solar Panels

The market for solar energy is growing at a rapid pace. In 2014, employment in the solar energy sector increased by 20%.

A number of new advances are making solar panels more reliable and efficient. One change is that windows will start to act as solar panels.

When one thinks of solar energy, large banks of dark-colored panels on the side of the road or on roofs come to mind. But a team of chemical engineering and materials science researchers from Michigan State University are out to change the way we look at and see through solar panels. Led by Richard Lunt, recipient of the 2016 Johansen Crosby Professorship in Chemical Engineering at Michigan State University, the team has devised a unique way to turn any flat piece of glass into a transparent solar panel. Indeed, any window, automobile windshield, or even the screen for a mobile device may generate solar power in the not too distant future.

Solar cells have been a mainstay of the world energy grid since the early 1970s. Recently, scientists and researchers have been experimenting with ways to embed solar collecting films into glass to achieve an even greater return on investment. But the resulting glass has always been opaque or at the very least heavily tinted, reducing the viability of such devices outside of standard collection farms. The work of Dr. Lunt and his team has led to the first successful creation of energy harnessing glass that is both efficient and transparent.

The technology, called a transparent luminescent solar concentrator (TLSC), is placed onto a window or similar glass device, where it collects energy in the form of light from the ultraviolet and infrared spectrums. Such wavelengths, which generate heat when passing through windows, are removed by the TLSC. Not only does this convert heat-producing wavelengths into solar power, but it also helps keep interiors comfortable by regulating the temperature within a building.

TLSC technology is both flexible and scalable, meaning that it can be introduced into a host of existing glass applications, both large and small. It could even be used in the future to power mobile devices or in skyscrapers that can function independently of the power grid. It could even provide energy back to the local grid. The goal is to generate energy without visible solar panels.

But Dr. Lunt is quick to caution that the desired efficiency of TLSC has not been attained. TLSC efficiency is running at about 1% right now, but it would need to measure somewhere between 5-7% for commercial rollout. Even the most efficient film solar collectors embedded in opaque glass achieve just a 7% rate of efficiency.

Windows Are the New Generation of Solar Panels

Solar energy is our future. It can minimize the threat of climate change, as well as solving peak energy crisis concerns. Unfortunately, we have to contend with the fact that there are some limitations, such as problems with latency and processing concerns.  The good news is that there are a number of new solutions available. This will make solar energy more readily available. We probably didn’t consider using windows for solar energy in the past, but they could soon become the newest solar energy breakthrough of the 21st Century.