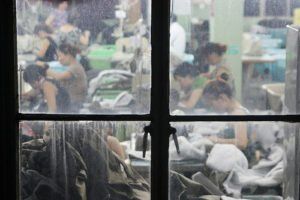 Greenpeace East Asia’s ‘China Chemical Accidents Counter’ has stated that in China from January to August 2016, there were 232 chemical-related accidents averaging of 29 per month. This resulted in 199 deaths and 400 injuries.

“China’s chemicals industry is the largest in the world, but it is appallingly under-regulated,” said Greenpeace East Asia toxics Assistant Manager Cheng Qian.

“The government must take urgent action to manage chemicals in a sound manner, provide a safety net for workers and citizens, and protect ecologically important areas across the country.”

Greenpeace East Asia’s Accident Counter compiles publicly available information on chemical accidents from the official websites of the State Administration of Work Safety and the China Chemical Safety Association, supplemented by monitoring of news sources. [1] The data is not exhaustive and it is more than likely that more accidents than those recorded in the above sources have occurred.

The mapping relies on publicly accessible data from 2010-11. The fact that the latest data on chemical facilities’ locations is over five years old highlights the lack of transparency in the industry. The next stage of the mapping will enable the updating of this data set via user participation and public oversight.

“Introducing transparency and public scrutiny to the industry is the first step towards safety,” said Cheng Qian.

Greenpeace urges the Ministry of Environmental Protection and the State Administration of Work Safety to improve transparency in China’s chemical industry. Chemicals management policy must be thoroughly reformed and recognise the intrinsic hazards of chemicals to ensure not only production safety, but also health and environmental safety. In addition, chemicals facilities should be moved away from urban and environmentally sensitive areas in order to minimise risk and hazardous chemicals should gradually be replaced with safe alternatives.