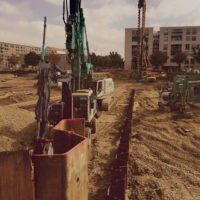 According to a YouGov survey published today only 33% of people, even if offered £10,000 per household, would support fracking in their local area, while 43% ‘strongly’ or ‘tend to’ oppose fracking. 25% remained ‘unsure’.

This survey suggests that opposition to fracking is present despite the government’s efforts to incentivise local communities to accept shale gas exploration.

“The government are desperate to show support for shale gas exploration, and recent headlines that offered cash payments were meant to bolster, not diminish, support.

But when you look at the details of the scheme, any cash for households would only be after shale exploration, and would be derived from taxation on profits.

It all seems a pretty unlikely and distant proposition.

“What we do know is that the more people learn about fracking and what it could mean for their health and environment, the more opposed they could be. And it’s clear from this survey that they haven’t been fooled by the Government’s latest bribe.