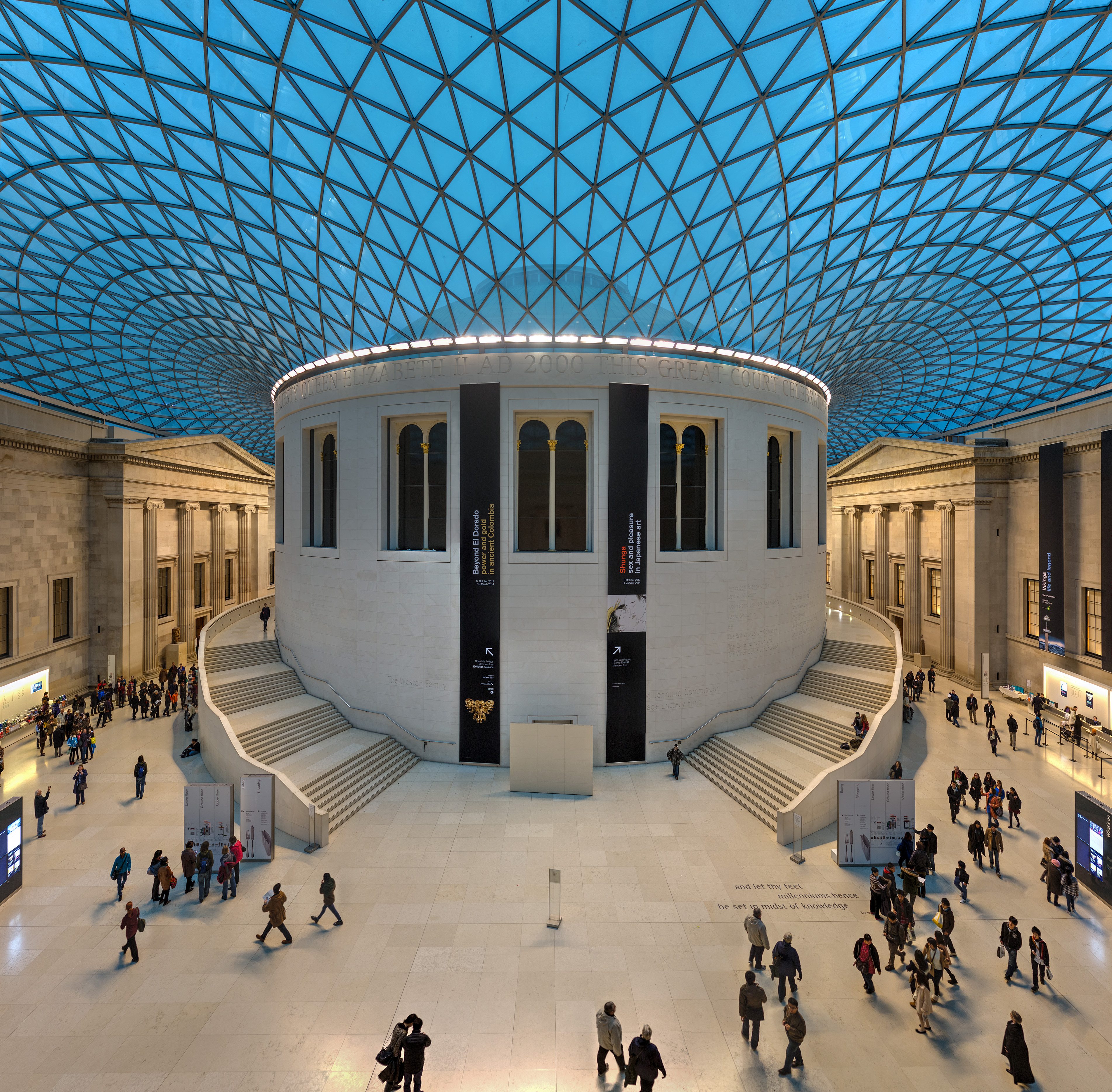 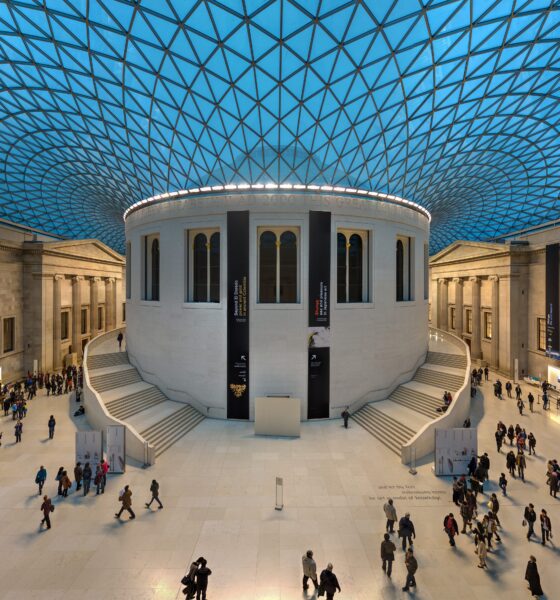 Today, theatrical campaign group BP or not BP? have taken over the Great Court of the British Museum with a ‘disobedient exhibition’ about the Museum’s controversial sponsor, BP. The 20-strong group arrived at 11am and set up the exhibition – called ‘A History of BP in 10 Objects’ – without permission, inside the iconic space. It features objects sent from all over the world by communities impacted by BP’s environmental destruction and human rights abuses, including crude oil from the Gulf Coast spill, an empty tear gas cartridge from Tahrir Square and a shamanic healing tool from Colombia (see below for the full list).

After today’s exhibition, the objects will be presented to the Museum as a gift to the nation to welcome the Museum’s new director Hartwig Fischer. Museum trustees will then be required to consider whether to accept the objects into the collection.

The ‘rebel curators’ are giving tours and talks about the objects to Museum visitors, and using tablet devices to show films from the people who donated the objects, explaining their significance. The exhibition is being live tweeted throughout the day, from @ReclaimOurBard using #HistoryOfBP. An accompanying website, featuring images, films and text about each object, went live as the exhibition started at www.historyofbp.org. A public petition will be launched tomorrow at https://you.38degrees.org.uk/petitions/tell-the-new-british-museum-director-to-drop-bp

Later today, at 4.30pm, a letter will be published on the Guardian website (and in tomorrow’s paper), from 91 famous and well-respected figures from across society. The signatories – including Mark Ruffalo, Margaret Atwood and Emma Thompson – are calling on Dr Fischer to end the Museum’s relationship with BP. The letter was co-ordinated by the Art Not Oil Coalition.

The letter and the guerrilla exhibition have both been timed to target the new director as he takes up his post tomorrow. The Museum’s 5-year deal with BP expires this year, and so one of Fischer’s first decisions will be whether to renew it. Despite the high-profile nature of the BP sponsorship, it represents just 0.8% of the Museum’s annual income, or two hours’ profit for the oil giant. Last month, Tate announced that its 26-year relationship with BP was coming to an end, a decision that has increased the pressure on other oil-funded institutions to follow suit.

As well as artefacts directly linked to BP, the exhibition also includes items linked to the broader issue of corporate influence within public arts and culture. Objects have been donated by the museum workers’ union PCS, to highlight the growing threat of museum privatisation, and from construction workers whose names were held on an illegal blacklist by the Museum’s facilities contractor Carillion.

Cherri Foytlin, a Gulf Coast resident who has submitted a film for the exhibition, said: “Since 2010, there are a lot more graves in the Gulf of Mexico than there were before, and that’s just the truth. So anytime we see arts organisations take on BP as a sponsor, we want to make sure those institutions understand that they are sponsoring death. They are sponsoring death in our communities.”

Benny Wenda, West Papuan Independence Leader, who submitted a Morning Star flag to the exhibition, said: “I give this flag on behalf of my people of West Papua who continue to suffer and die under illegal occupation and genocide fuelled by BP. We West Papuans have witnessed our sacred lands destroyed by multinational corporations just to make more profit for the Indonesian government. While we West Papuans are imprisoned for 15 years just for raising our national flag, you have the freedom to speak out.”

Jess Worth from BP or not BP?, the group who curated the exhibition, said: “The objects in this exhibition show that BP is a menace to local people and ecosystems all over the world. The British Museum is supposed to help us understand and learn from history. Instead it continues to promote one of history’s most notorious corporate villains. Hartwig Fischer’s first big challenge will be to end the museum’s controversial contract with BP.”

For the last twenty years, BP has sponsored the British Museum. Over the same period, it’s been linked to countless human rights and environmental abuses, while pursuing a business plan which makes climate breakdown inevitable.
This exhibition brings together objects sent from communities around the world and asks: why does the British Museum continue to work with this corporate criminal?

List of Objects (details and images available on request):