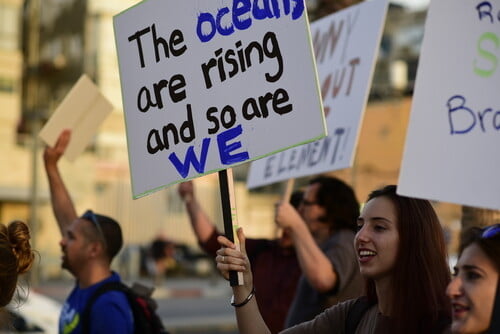 Your Guide On How Report Damage To The Environment Safely

Many human rights like the right to housing, water, health, food, and life greatly rely on a sustainable environment. Thus, it can be agreed that those willing to work for the protection of the environment are not just environmentalists. In fact, they are human rights defenders and today; they are at high risk! This is why it’s so important to know how to report damage to the environment in a way that is both effective and that protects your safety.

Why are environmentalists’ lives in danger?

Today, there’s an increasing demand for the exploitation of natural resources, particularly in the developing industries. Consequently, environmental defenders have started to receive more and more threats.

Primarily, this is because those who oppose such development projects are thought to be enemies of the state and are treated as such as thoroughly. In many cases, they become targets for assassination as well.

Some similar recent cases include the assassination of Sikhosiphi, a community leader from Xolobeni, South Africa, and Berta Caceres, head of the Lenca indigenous tribe in Honduras. For many years, both of them had received multiple death threats for opposing development projects that would leave their people homeless. In essence, Sikhosiphi opposed a titanium mine in South Africa while Xolobeni was against the building of a dam in Honduras.

While they don’t receive much media attention, such murders are relatively common. When environmentalists are murdered, their deaths often go unnoticed outside of their communities.

How to report damage to the environment

Despite knowing about the death threat, many people continue to report damage to the environment. There are many ways to make an environmental complaint.

In some cases, it might be possible to solve an environmental problem by directly getting in touch with the business or person responsible for the problem. Before making contact, determine the outcome you would like to see. Then, contact the people accountable and outline the problem, along with the solution you want to see and the timeframe in which the problem should be dealt with.

Many notable environmental organizations are working for various green causes like prevention of climate change, land conservation, preservation of wildlife, etc. The following are some of the most dynamic, prominent, and active organizations you can turn to if you want to report damage to the environment. All these organizations ensure that they keep the identity of their sources hidden.

Founded back in 1892, Sierra Club is known to be one of the oldest conservation organizations. It has more than 1.3 million members and is listed as one of the most powerful and effective green organizations that affect changes in corporate and government America. The Sierra Club focuses on issues such as clean water and air, and preservation of the forest and land.

EarthFirst! first received attention at a national level back in the 1990s. While the organization also works for the protection of the environment, things are a little different here. The organization has no slick website, bureaucracy, or members. Instead, they welcome everyone. Those working with EarthFirst! have often gotten directly involved in green issues and sometimes even break the law.

Greenpeace came into existence in 1971 when a few activists volunteered to put themselves in harm’s way to protect the nuclear testing off of the coast of Alaska. The organization firmly believes that concerted action from the general public is the only way to counter such acts and has provided all kinds of options for how to help stop acts like whaling and nuclear testing. The organization has more than 2.5 million members from across the globe.

The primary purpose of the NRDC is to not only protect wildlife but also to safeguard wild places. At the same time, the organization also works to ensure a clean and healthy environment for people across the globe. Apart from more than 1.2 million members from every part of the world, NRDC also has active lawyers that work to create legislative and direct change. Among their many goals, two of them are saving the endangered species and preventing climate change.

3. Report it on the dark web

One another option on how to raise awareness of environmental issues is to post it on the dark web. By doing so, you can keep your identity hidden and get your point across too. However, before you access the dark web, make sure you use an anonymous VPN like TorGuard for safety and security. To better understand how it works, we suggest reading TorGuard review first.

Final Thoughts: Protect The Environment And Your Own Safety

It’s so important to report environmental damage and to stand up to situations and activities that endanger the earth. However, with many environmentalists at risk, it’s also important to take your own safety seriously in the process. Follow the steps above to keep both priorities at top of mind.