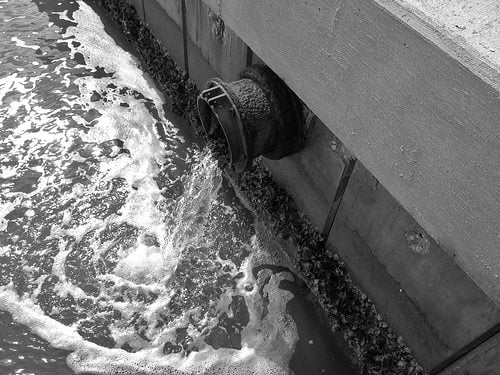 Actor and clean water advocate Mark Ruffalo has written to Northern Ireland environment minister Mark Durkan as the Government has given permission for unconventional oil and gas exploration. The process involving toxic chemicals is ear-marked for 350 metres away from the North Woodburn Water Reservoir.

The reservoir is the drinking water source for 131,000 people, including Belfast City centre.

Local residents in Northern Ireland contacted the US-based, non-profit organisation called Water Defense, over concerns that their water is being contaminated by the drilling. Water Defense, founded by Ruffalo, is now sending water testing kits to local residents and organisations including Friends of Earth Northern Ireland and Stop the Drill campaign, and will be working with them to perform tests and monitor results.

Friends of the Earth will help distribute the kits to the local community, and will advise on their best use.

Residents are concerned that this process commenced without planning permission, or an environmental impact assessment being carried out.

The full letter is attached.

“It is also troubling that your Department, whose responsibility is for the Environment, is not intervening to stop this activity that appears to be unlawful given the fact that a Waste Management Plan (The Planning of Management of Waste from Extractive Industries 2015) was required before permitted development was granted and that environmental considerations have not been adequately assessed. It is extraordinary that on this sensitive site there has been no public scrutiny through the planning process and there has been no Environmental Impact Assessment.”

The letter also notes that Professor Anthony Ingraffea, an expert on unconventional drilling from the Civil & Environmental Engineering Department at Cornell University, has called it ‘irrational’ for the drilling to go forward on this particular land.  It points to the fact that some of the chemicals that would be used are damaging to health.

“We implore you to protect your citizens by protecting their water. The small amount of oil and gas that can be extracted from that site pales in comparison to the nightmare that contaminating the water supply for over 131,000 residents in your community would cause.”

Friends of the Earth are opposed to drilling due to the high risks it poses to people, the environment, and its failure to address the challenges of climate change.

“People in the UK are being helped by organisations abroad to test that their drinking water is safe. It cannot be right that people can’t turn to their local authorities to intervene when something as basic as water safety is at stake.

“This is another wake-up call, Governments have to listen to people and experts: unconventional fossil fuel drilling is not wanted, not safe, and not necessary.”