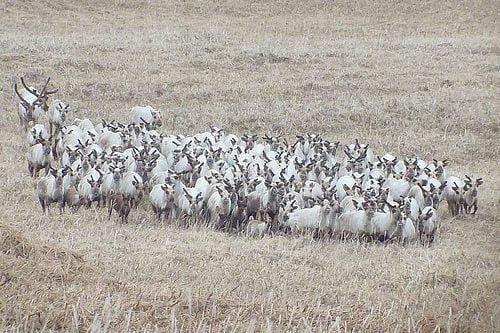 Scientists had already noted that animals prefer not to stay close to power cables, but have not been able to explain the reason behind this behaviour until now.

A study by researchers from the UK and Norway has suggested that UV flashes that generate when a charge is released into the air could be the cause.

Prof Glen Jeffery from University College London (UCL) said, “Animals avoid manmade structures and, in the case of high voltage power lines, this can be by several kilometres.  This is perplexing because the suspended cables are neither a physical barrier nor are associated with human activity.

“New information about animal vision along with the characteristics of power lines provides strong evidence that the avoidance may be linked with animals’ ability to detect ultraviolet flashing on power lines that humans cannot see and which they find frightening.”

Humans cannot see flashes but animals can, and scientists have said that this can become stressful for them, as they can face problems in migrating and searching food. Sensitivity to UV flashes was first discovered in reindeers and later found in other animals.

“It has always been assumed that power lines – masts and the cables strung between them – were passive structures standing immobile in the terrain, and therefore inoffensive for animals”, said Dr Nicholas Tyler, one of the authors.

“As a result of this work, we now consider them as chains of flashing light stretching across the tundra in the winter darkness, and that’s why the animals find them so offensive.”