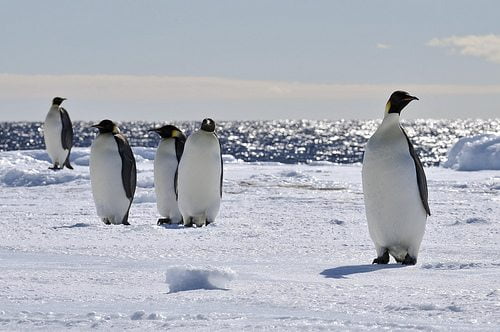 The recently observed increase in summer sea-ice cover in Antarctica’s Ross Sea is likely to be short-lived, according to the findings of a new study that warns that the area will be largely ice-free by 2100.

Such changes could have a devastating impact on what is currently one of the world’s most productive marine ecosystems, threatening populations of penguins, seals, and whales, scientists say.

The Ross Sea, a deep bay of the Antarctic Ocean, is one of the last regions of the world’s seas to remains relatively unaffected by mankind.

Scientists have previously observed that the number of summer days in which the sea is covered by sea-ice have increased by more two months over the past three decades.

This, the scientists say, will be caused by climate change brining warmer air temperatures in the region. The hot air will disrupt the wind and ocean currents that so far have prevented the thawing of the Ross Sea, with potentially significant impacts.

“The Ross Sea is critically important in regulating the production of Antarctica’s sea ice overall and is biologically very productive, which makes changes in its physical environment of global concern,” explains Prof Walker Smith of the Virginia Institute of Marine Science, the lead author of the study.

One of the first species to suffer in this scenario would be the crystal krill, also known as the ice krill.

The krill feeds on algae that forms on the underside of sea ice, and is in turn a key food source for some of the Ross Sea’s top predators, including minke whales, Weddell seals, and Emperor penguins.

“Other components of the Ross Sea food web will likely be severely disrupted, creating significant but unpredictable impacts on the ocean’s most pristine ecosystem,” Smith adds.