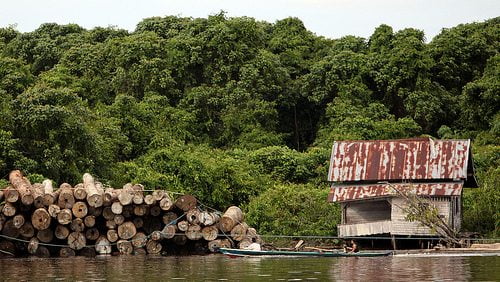 Asia Pulp and Paper (APP) and conservation non-governmental organisations have announced an initiative to restore one million hectares of rainforest in Indonesia, which would bring back wildlife and contribute to making forests healthier.

APP has worked with the WWF and stakeholders as part of plans to clean up its supply chain and encourage habitat restoration in Indonesia.

The paper firm announced in February last year that it would stop sourcing materials in Indonesia, a move that was causing massive deforestation and criticism of the company. APP outlined a Forest Conservation Policy (FCP) to stop forest clearance and assess its stocks.

Aida Greenbury, APP’s managing director of sustainability, said, “After over a year of implementing our FCP, it has become clear that the key to success of any efforts to halt deforestation in Indonesia is a landscape level approach to forest restoration and conservation.

“Land cannot be conserved or restored in isolation, the sustainability of the entire landscape must be taken into account and many stakeholders must be involved. We hope that by working with Indonesian and international stakeholders, as well as organisations such as WWF, The Forest Trust and Ekologika, our efforts will be much more effective”.

The firm is planning to restore a forest area equivalent to the size of a plantation from which it used to source pulp fibre in 2013. As its first step, APP will work with conservation charities to preserve an area from illegal activities in Jambi, Sumatra, which also serves as wildlife corridor.

Greenbury added, “We believe that by assessing entire landscapes and creating clear tailor made objectives and strategies, the maximum possible level of conservation will be achieved, not just for natural forest in our concessions, but for areas around them as well.”

Photo: Department of Foreign Affairs and Trade via flickr