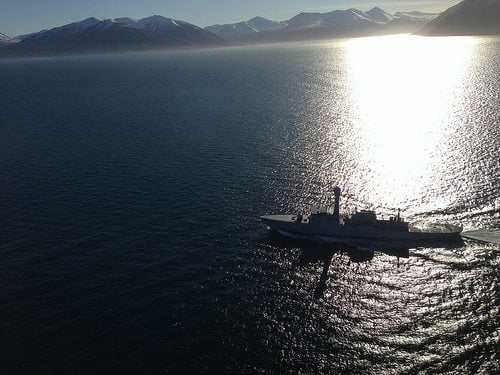 Arctic nations are not sufficiently prepared for a major shipwreck in the region, a new study has warned.

Marc Jacobsen, a Danish member of the Arctic Institute NGO, modelled a scenario in which the 92,700 tonne cruise liner Costa Deliziosa struck an iceberg off the coast of western Greenland.

His findings, presented at the Arctic Frontiers conference in Tromsø, Norway, last month, showed that the Arctic Council’s current search and rescue plans would be insufficient.

Jacobsen’s hypothetical incident involved an iceberg tearing a 50m hole in hull of the Costa Deliziosa – which is nearly 300 metres in length – during a calm night.

Of the 2,828 passengers and crew of 1,100, 55 people would be missing after the accident and several hundred would be injured.

Jacobsen found that rescuers would not be able to transport the passengers quickly enough; meaning hundreds would be left behind in the nearby small town of Ilulissat.

Governments and the maritime industry will be increasingly interested in studies investigating the potential impacts of such a disaster, as retreating Arctic sea ice opens up new areas to vessels and trade.

“We have found it necessary to collect this data as a basis for a debate that will hopefully lead to political action”, Jacobsen said.

“At the same time, local players may want to know more about their neighbour’s capabilities.”

A recent US Navy paper warned that significant spending would be required to police some of the new Arctic trade routes that will be opened by climate change.

According to the Wall Street Journal some sources say the navy will need as many as 10 icebreakers – at a cost of around $784m (£477m) each – to keep new lanes safe.

Though Danish shipping company AP Møller-Maersk, which carries 15% of all seaborne freight, says Arctic routes will not be economically viable for some time, the US navy predicts that by 2040 trade ships will be able to navigate the waterways for much of the year.

Environmental campaigners hold a number of concerns about the opening of the Arctic, particularly fearing the impacts of an oil spill in the remote, vulnerable environment.

However, last year, the UK government announced plans to become “a global centre of expertise” to facilitate the exploitation of the Arctic by oil and gas companies.