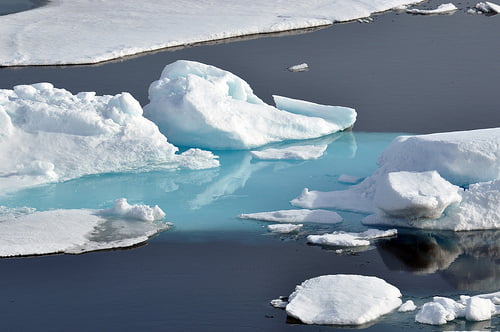 Excessive levels of carbon dioxide are causing acidification in Arctic waters, affecting the ecosystem and indigenous communities, according to a new study.

The Arctic Monitoring and Assessment Programme (AMAP) says that carbon dioxide from human activities, such as the burning of fossil fuels, is to blame.

Greenhouse gases are released into the atmosphere but part of them goes into the oceans, causing acidification.

Acidification levels are 30% higher now than before the Industrial Revolution. The Arctic is particularly sensitive to this phenomenon because its waters are cold.

This helps the transfer of CO2 from the air into the ocean. Moreover, AMAP’s report says its cool temperatures makes it harder to neutralise CO2.

Acidification means that many changes are occurring in the region. Marine ecosystems are likely to be highly impacted, as this process will change the balance in the food chain. Mammals and birds will then be affected indirectly as their food will become scarce.

Consequently, Arctic fisheries and coastal communities that rely on them, will also witness changes.

The issue is being discussed this week at an international conference in Bergen, Norway, where climate scientists, researchers, indigenous communities, policymakers and stakeholders will discuss the economic, social and environmental challenges associated with ocean acidification.

The Arctic region has shown a number of worrying signs over the past two years. In August last year, sea ice levels reached a record low, while remaining ice lost significant volume.

In February, the UN called for international action to protect the Arctic.