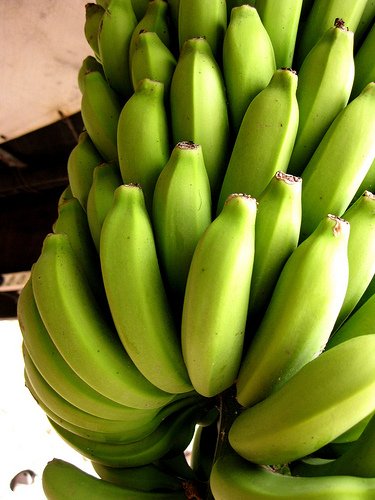 Supermarket chain Asda has announced it will start selling bananas from the Canary Islands instead of from the Caribbean and Central America, in an effort to cut the fruit’s carbon footprint and reduce transportation time.

According to The Guardian, journeys will be 80% shorter, now lasting four days – from the Canaries to Spain and then to the UK – compared to the 24 days required for fruit from the Americas.

However, unlike Sainsbury’s, Waitrose and The Co-operative , who only sell Faritrade-certified bananas, Asda’s new stock will not be Fairtrade, since the Canaries do not have Fairtrade status.

These goods represent a valid alternative when consumers don’t want to have a negative impact on smallholder farmers’ lives and want to ensure that their rights are respected. But whenever we can find a local or low emission option for which workers are likely to have been paid correctly, it’s arguably just as good to go for the latter.

Bananas have one of the smallest carbon footprints of all fruits. They grow in natural light; they last a long time and need almost no packaging. Therefore, their CO2 emissions come mostly from transportation rather than from cultivation.