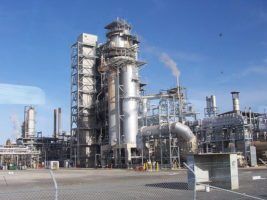 Today environmental finance campaigners, Market Forces, released a report revealing the multi-million dollar bonuses awarded to Australian and international fossil fuel company executives for expanding reserves which are un burnable under any plausible two degree climate scenario – and the duplicity of Australia’s superannuation – or pension – funds which support the remuneration packages despite their public sustainability commitments.

The executives in question stand to make a combined AU$2.02 million in additional bonuses each year by meeting their targets to expand fossil fuel reserves.

Similar incentives exist in the remuneration packages of executives in six international companies operating in Australia, BP, Chevron, ConocoPhillips, ExxonMobil, Hess and Murphy Oil. Bob Dudley, CEO of BP PLC, which is currently considering controversial deep sea drilling in the Great Australian Bight, could earn, for example, an exploration bonus of up to US$1.32 million.

In total, between 2013-15, international fossil fuel companies spent over AU$14.6 billion on exploration.

With the Paris agreement being ratified by the world’s biggest economies and aiming to keep the world under two degrees warming, we know that a large proportion of current fossil fuel reserves cannot be consumed.

“With the Paris agreement being ratified by the world’s biggest economies and aiming to keep the world under two degrees warming, we know that a large proportion of current fossil fuel reserves cannot be consumed,” said Market Forces analyst and report author, Daniel Gocher.

“Executive bonuses predicated on unearthing more fossil fuels when the world needs less shows the extent to which these companies’ business model is broken. They are not just in a state of denial, but actively accelerating towards a brick wall.”

Australia’s super funds, which collectively hold approximately 20% of the market capitalisation of all ASX-listed companies, are failing to challenge this business model, despite their stated belief in engagement as a strategy for changing the behaviour of companies.

According to the new report, in the last year there have been just 3 out of a total of 80 disclosed examples of super funds voting against fossil fuel companies’ remuneration packages that incentivise exploration. None of these were explicit protests against reserves-based incentives.

Furthermore, only ten of Australia’s biggest super funds disclose enough information to be able to analyse their voting record, meaning the majority of Australians cannot even find out how votes are being directed on their behalf.

“There can be no more glaring example of the failure of superannuation funds to effectively engage with companies on climate change than their continued blind support for executive remuneration packages which expressly incentivise the expansion of fossil fuel reserves,” said Gocher.

“At a minimum, we expect super funds to use the opportunity of voting against remuneration reports at the upcoming AGMs of AWE, FAR Ltd and Karoon Gas Australia to reject incentives for fossil fuel exploration, and encourage the implementation of sustainability metrics into remuneration packages.”