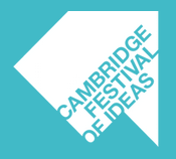 Can we get to a post-growth economy?

How do we create a greener society? Can change be inspired by nudging people to behave more ecologically or is a more radical change in values necessary? Debate on a greener future to take place at the Cambridge Festival of Ideas.

As the world’s politicians prepare for vital talks at the 2015 United Nations Climate Change Conference next month, a debate on 29th October at the Cambridge Festival of Ideas (19 October – 1 November 2015) will discuss whether the post-recession period is the perfect time to rethink our economic policy and question the orthodox position that growth is always good.

In Creating a greener society: Do we inspire change by nudge…or trudge?, chair of Green House think tank, Rupert Read, who recently stood for Parliament for the Green Party in Cambridge, will be discussing the model of a post-growth economy and how we can collective it with environmental entrepreneur and co-founder of sustainability communications agency Futerra, Ed Gillespie whose book Only planet: a flight-free adventure around the world was published last year.

Read will talk about preliminary ideas for a forthcoming Green House report and about findings from its recent first book The Post-Growth Project, which aims to challenge the assumption that it is bad news when the economy doesn’t grow. The discussion is particularly interested in exploring whether we can successfully ‘nudge’ our way to a better future via behavioural economics, leaving people’s values intact, or whether instead there is a more radical need to change people’s underlying ideology.

The event will be chaired by Guardian columnist Zoe Williams, author of Get it together: why we deserve better politics.

Green House is an independent think tank composed of members of all and no political parties. Its Board includes Molly Scott-Cato MEP, Prof. Allysson Pollock, Michael Meacher MP and Sir Jonathon Porritt.

The discussion takes place on 29th October from 7.30-8.30pm at Friends Meeting House, Cambridge. It is one of over 250 events – most of them free – at this year’s Cambridge Festival of Ideas which runs from 19th October to 1 November. They include The Alchemical Landscape, the fruit of a new research project by researchers Yvonne Salmon and James Riley. It will look at how an increasing number of writers, artists and film-makers are re-investing the landscape with esoteric and mythic imagery in an attempt to link to the past and to articulate pressing contemporary concerns such as environmental change. It takes place on 24th October from 6.30-7.30pm.

Established in 2008, Cambridge Festival of Ideas aims to fuel the public’s interest in arts, humanities and social sciences. The events, ranging from talks, debates and film screenings to exhibitions and comedy nights, are held in lecture halls, theatres, museums and galleries around Cambridge.

To find out more about Cambidge’s Festival of Ideas, click here.