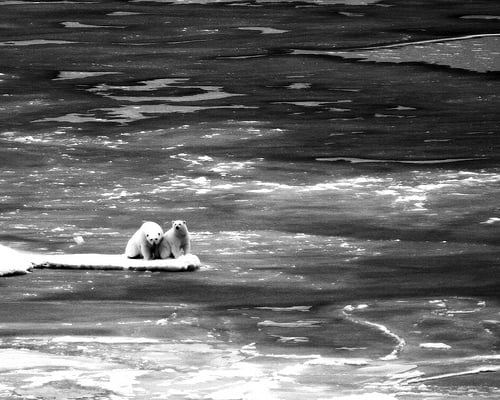 China, Japan and South Korea are among six countries that have this week been granted observer status within intergovernmental group the Arctic Council.

The organisation, whose only members are Iceland, Norway, Russia, Canada, Denmark, Finland, Sweden and the US, has previously not allowed non-northern regions to join.

But the promotion of the three Asian nations – as well as India, Singapore and Italy – to observer status signals a change in strategy.

“There is no such thing as a free lunch”, said Norwegian foreign minister Espen Barth Eide.

“By becoming an observer you’re also signing up to the principles embodied by this organisation, and that is why we have been working hard to make that happen.”

Experts say 13% of the world’s oil reserves are found in the Arctic, as well as 30% of as yet undiscovered gas deposits.

The Arctic Council’s role is to collaborate with members on protecting the vulnerable polar region. Its decision to promote China in particular – a country that has previously signalled its intention to drill for oil in the Arctic – has therefore been questioned.

In September 2012, Christophe de Margerie, head of French multinational Total SA, became the first oil firm chief executive to publicly voice concerns over Arctic drilling. Another company, Shell, announced in February that it would be suspending all activity in the region until safety fears had been quashed.

The Arctic Council also put forward the European Union to become an observer, but the decision has been deferred after opposition from Canada – the council’s chair until 2015.

Canadian minister to the council, Leona Aglukkaq, said the group was created “by northerners, for northerners, before the Arctic was of interest to the rest of the world.”

Despite some members wanting the council to remain a narrow clique of countries that have territories in the polar region, Scandinavian members said in the past that allowing non-polar countries to join would only be beneficial in tackling climate change.