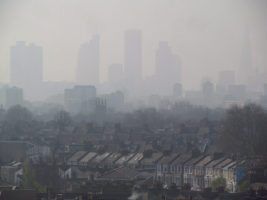 Cities Must be Given the Remit to Introduce Low Emission Zones

Today, the independent think thank for liberal conservatism, Bright Blue, has launched a campaign calling for all city council across England to be given the remit to draw up low emission zones in order to reduce air pollution.

The campaign is one of the outputs from Bright Blue’s new Green conservatism project, which has an advisory board including Lord Michael Howard, Lord Greg Barker, Professor Roger Scruton and Zac Goldsmith MP.

“Today is the 60th anniversary of the then Conservative Government’s introduction of the Clean Air Act, establishing smoke-free zones throughout our cities.

But air pollution still remains a problem today. Emissions of nitrogen dioxide and particulate matter, produced mostly by transport, cause around 40,000 premature deaths every year in the UK.

Neil Parish MP, Chair of the House of Commons Environment, Food and Rural Select Committee, which last year called for all city councils to be given the power to introduce low emissions zones, said:

“Air quality is perhaps the biggest environmental issue of the decade. Too many towns and cities are still in breach of their air quality targets. Clean air should be a right, not a privilege.”
That’s why the EFRA Committee released a report on air quality in April, calling on the Government to do far more to incentivise low-emissions vehicles and improve air quality in the inner city hot spots. Poor quality is linked to up to 40,000 deaths every year in Britain – that’s unacceptable and we should be doing so much better.”

I’m proud it was a Conservative Government that introduced the first Clean Air Act 60 years ago. Now we have left the EU, it’s vital this Conservative Government doubles down on this issue to ensure our new clean air targets are at least as rigorous as the EU directives. Britain must lead on air quality and continue on track to sharply reduce air pollutants by the end of the decade.”

Bright Blue is an independent think tank and pressure group for liberal conservatism. Its research themes include: cities; conservatism; education and skills; employment; energy and the environment; families and social policy; human rights; immigration and integration; and poverty and welfare.